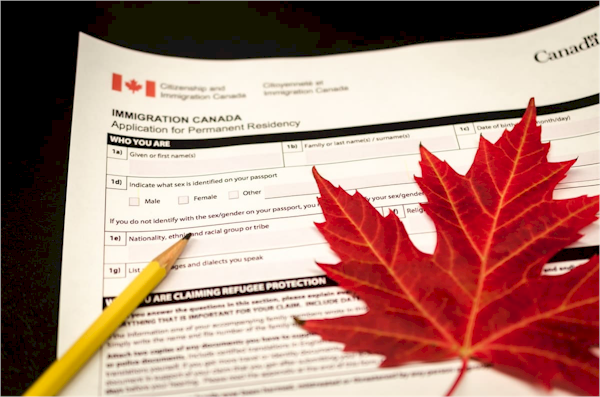 A report by the Royal Bank of Canada warns that Canada will fail to hit immigration targets for a second straight year as COVID-19 pandemic-related border restrictions remain in place. Last year, Canadian immigration dropped by almost half to 184,370, its lowest levels in more than two decades. Canada added 184,370 permanent residents in 2020, down from 341,175 a year earlier. That appears to be the lowest intake since the late 1990s, according to Statistics Canada data. It’s also well short of the 341,000 newcomers that the government had targeted in 2020.

In the Fall Economic Statement released on November 30, 2020, the government noted that Canada’s immigration intake, the most important source of Canada’s population and labour force growth, has been severely disrupted by travel restrictions and application delays due to COVID-19. See Canada to spend Millions on immigration to spark economic recovery.

The government of Canada has outlined how it will make immigration the cornerstone of Canada’s plan to get the economy moving again and accelerate recovery from the devastating economic consequences of the coronavirus pandemic. In October 2020, the government of Canada announced dramatic increases to Canada’s immigration levels for 2021 to 2023, to boost its economic recovery from the coronavirus pandemic. Canada aims to welcome more than 1.2 million newcomers between 2021 and 2023: 401,000 newcomers in 2021, another 411,000 in 2022, and 421,000 in 2023.

However, the report by the Royal Bank of Canada says that Canada will probably welcome closer to 275,000 new permanent residents in 2021, versus the target of 401,000. The report paints the 2021 target is ambitious in the current pandemic environment, and suggests that the government “may be putting the cart in front of the horse as strong headwinds limiting the number of newcomers are still in play”. Closed borders, visa processing delays and fewer residency applications all suggest the flow of new immigrants will remain below pre-pandemic levels and disappoint the government’s efforts to ramp up flows, said the report.

The report noted however that “In the long-run, Canada does have the capacity to hit the ambitious targets set out last fall and population growth from new immigration will again return as the main driver”.

It may be too early to count out Canada’s resolve to hit its 2021 immigration target. In a shocking demonstration of resilience and commitment to its immigration plans, Immigration, Refugees and Citizenship Canada (IRCC) held a rare Saturday Express Entry draw on February 13, 2021, in which it invited a stunning 27,332 Express Entry candidates to apply for permanent residence. The previous highest record was 5,000. As well the CRS cut-off score of 75 points was the lowest ever; CRS cut-off typically ranges in the 470’s region. This means that IRCC invited almost every Express Entry candidate that met the eligibility criteria in the February 13 draw. See historic Express Entry Invitations to Apply.

The likelihood of this kind of generous single Express Entry draw happening is unknown but it underscores the government’s commitment and potential ability to hit its immigration targets.

There is also a pragmatic reason to be optimistic. The historic February 13 Express Entry draw prioritized candidates who are already in Canada and have applied under the Canadian Experience Class (CEC). CEC candidates are already living in Canada for a few years. Most have come here either to study at a Canadian post-graduate institution or have been working in professional jobs in Canada. They have high language scores in English or French and have already made several steps toward building a community in Canada. The government is most likely to keep dipping generously into the pool of CEC candidates in its drive to hit its immigration targets, by easing restrictions for CEC candidates in addition to using very low CRS cut-off scores.