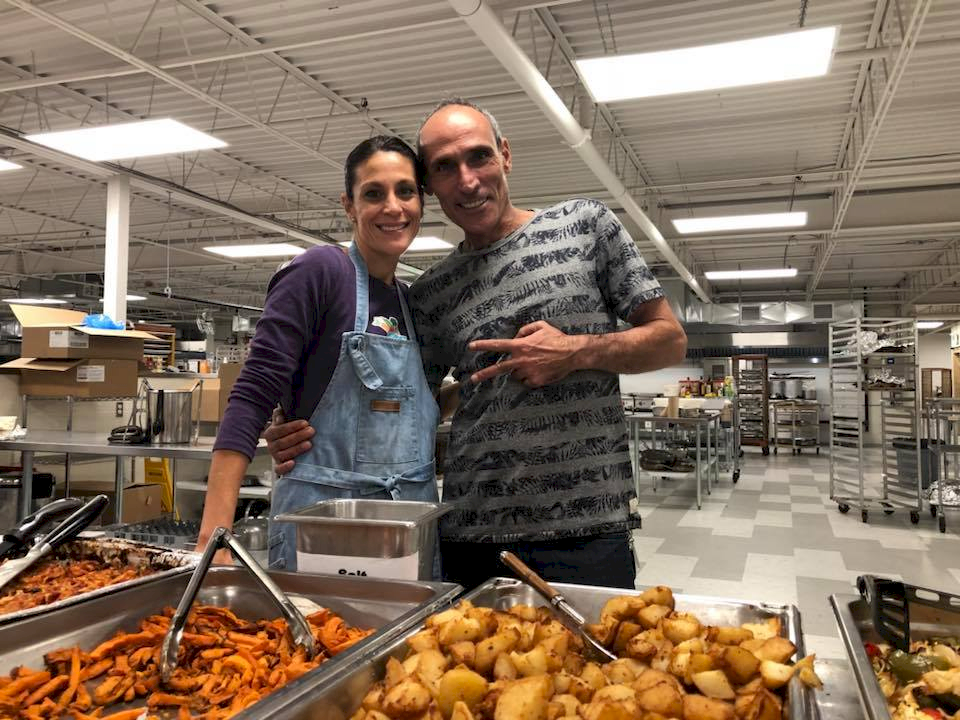 Steve Kidron, who once struggled to feed himself, now runs an enterprise in Toronto that supports food industry start-ups and feeds others.

When Steve Kidron arrived in Toronto from Israel in 1990, he had $100 in his pocket and spoke only a few words of English. Life was a struggle as he searched for odd jobs and places to stay. However, he gradually earned enough money to buy a van and was eventually hired by a grocery store to dispose of food items nearing expiry. This job inspired him to create Kitchen 24, a thriving social enterprise and community hub.

When Steve was starting out in Canada, he was sometimes homeless and often hungry. Watching supermarkets dispose of edible food touched him personally, and it gave him an idea. He offered to buy the food from the grocery store at a reduced cost, and then, instead of dumping it, he arranged with others in the food industry to turn it into nutritious, low-cost meals for people in difficult circumstances.

Steve Kidron soon had more food coming in than he could handle, so he opened a catering service and began making meals for shelters and community centres. He was soon contacted by a fledgling food business about renting out his kitchen, and he quickly learned of the considerable demand for rentable kitchen space. The idea for Kitchen 24 began to take shape. Steve opened it with his partner, Alexandra Pelts, at the end of 2017.

“Kitchen 24 includes a kosher kitchen that can deliver meals to seniors; that’s unique in Toronto. The scale of meals they provide to folks who don’t have another option for a holiday meal is amazing.”

Today, Kitchen 24 is a sizable food incubator used by culinary students, caterers and chefs trying out new menu items. The space encompasses 28,000 square feet and includes kitchens, classrooms, a boardroom, a lounge, a photo studio, and an office and event space. With 60 individual workstations, the kitchen can accommodate up to 100 people.

“Kitchen 24 is an incredible community,” says client Lori Sroujian, “Steve is making it possible for young entrepreneurs to enter the food industry without the high barriers they would normally face.” Entrepreneurs are also provided with opportunities for networking, mentoring and community support, including guidance on topics like marketing, packaging and business planning.

In 2018, Kitchen 24 hosted a gourmet Thanksgiving dinner for 200 newly arrived refugees and homeless people. Member chefs volunteered their time and cooked enough for 500 people, so they were able to send meals to shelters as well. Kitchen 24 has also worked with Second Harvest Food Rescue to provide sandwiches for up to 1,800 kids per day in summer camps. Last Christmas, Kitchen 24 served more than 2,500 meals.

“Steve is amazing and very passionate, not just about food, but also about how to help people learn the food business,” says Lola Adeyemi of It’s Souper, a client of Kitchen 24.

Above all, Steve Kidron wants Kitchen 24 to reach people who just need someone to take a chance on them.

Original publication by the government of Canada.

Of interest: Ontario issued invitations to apply to migrant entrepreneurs