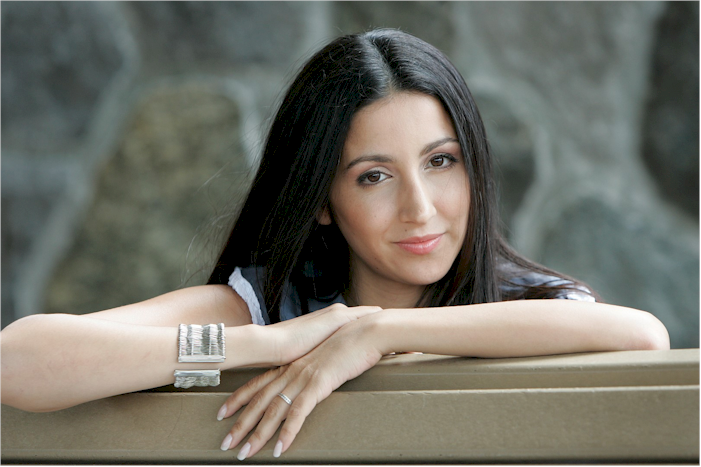 Lynda Thalie (born in Oran, Algeria on 25 June 1978) is a musical pioneer, creator and artist without borders. And a Canadian migrant success story. Most recently Lynda Thalie received the prestigious Charles Biddle prize, awarded by the Minister of Immigration, Diversity and Inclusion, for her remarkable contribution to the cultural development of Quebec nationally and internationally

Her family immigrated to Canada and resided in Quebec province since 1994.  Lynda Thalie never knew her father close, as he had left the family when she was young never to return again. Thalie first emigrated to the USA with her mother and brother. She recounts the devastating effect of the loss of her father on her and her family. She also recounts in her autobiographical book Survivre aux naufrages her attempt to commit suicide. She said in an interview that the book in its honesty served as a redeeming experience for her.

In 2013, Lynda Thalie released her irresistible album Nomadia to an instant success. Nomadia’s first two singles “Dance Your Pain Away La Tête Haute” and “Merci” reigned over the top 10 of Quebec’s Commercial Radio stations and figured in the 2013 hit list of Rhythm FM.

Lynda Thalie has shared her musical vision around the world performing hundreds of shows across four continents in halls as mythic as the Olympia in Paris and in events as prestigious as the Olympic Games. She has been nominated for a plethora of prizes and distinctions. Radio-Canada and RDI picked her as one of 4 Algero-Canadian personalities for its documentary series Mon Algérie et la vôtre.

Recently, Lynda Thalie was invited to lend her voice to the Cirque du Soleil in Riyadh, becoming the first woman in the history of Saudi Arabia to sing in front of a television audience of 50 million, and more impressively, a mixed audience (non segregated by gender) of 30,000 spectators, in the King Fahd Stadium, in the presence of his majesty Prince Ben Salman. The Prince
had personally commissioned this unique performance, symbolizing a new openness of his country towards the world. The symbolic presence of the shared voice of an unveiled female artist was a significant step forward in woman’s rights.