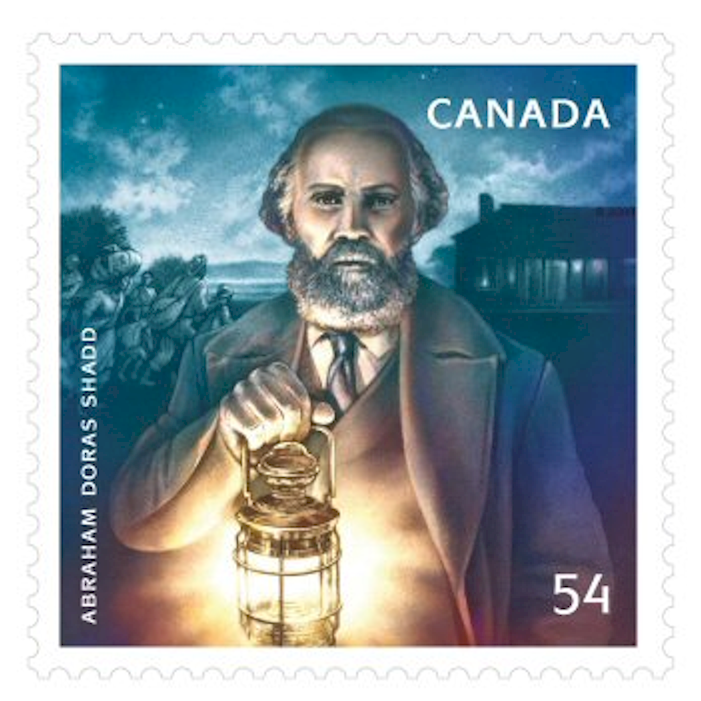 The story of Abraham D. Shadd is a historical example of how Canada was built on immigration. In 1853, Abraham D. Shadd moved to Canada, where his success and influence led to opportunities for many other Black Canadians.

When Black abolitionist Abraham D. Shadd immigrated to Canada from the United States, he found himself in a thriving Black community.

The community was founded by William King, an American who had inherited 15 slaves and moved to Canada in 1849 to free them. Established in what is today’s Municipality of Chatham-Kent, the area became known as Buxton, after British abolitionist Sir Thomas Fowell Buxton. King’s former slaves were among the town’s first residents: the arriving Black families purchased 50-acre lots to clear and farm, and the town thrived.

A free man, Shadd had raised his children in Westchester, Pennsylvania so they could receive a good education at a Quaker school. (They would go on to careers in law, journalism, teaching and medicine.)

Abraham D. Shadd’s move north was motivated in part by the Fugitive Slave Act, passed by the United States Congress in 1850, which allowed slave and bounty hunters to capture escaped slaves and free men and return them to bondage. Convinced of the opportunities, he moved to Buxton with his family in 1853 to build a new life.

Rising to the top

By the time Abraham D. Shadd arrived, Buxton had a sawmill, grist mill, potash and pearl-ash factories, a brickyard, a blacksmith shop, a hotel and a dry-goods store. But it didn’t take Shadd long to establish himself and emerge as a leader in the growing community. He built a public school on his own family farm, provided the funds to keep it operating as needed, and became the first Black man elected to public office in Canada with his election to the Raleigh Township council.

He made his own tools and equipment available to area farmers as needed, helping them to prosper as well. When the nearby railroad was reluctant to reimburse farmers for crops lost to fires started by sparks from a passing train, he led a campaign for compensation. He lost the battle, but funded the legal costs himself.

Shadd eventually served as deputy returning officer in Raleigh Township elections. He was also a member of the Masonic Lodge, and contributed significantly to its work during the early years when former slaves were flocking to southwestern Ontario in search of freedom.

The Shadd family hub remains in North Buxton to this day. Shadd’s descendants share his natural aptitude for leadership, gravitating to influential positions and continuing the tradition of philanthropy.

As for Buxton itself, it would go on to become one of the most successful Black refugee colonies. Many graduates of its school became teachers, doctors, lawyers, legislators and other professionals. Its population peaked at more than 2,000 residents, almost all descendants of freed and fugitive slaves who had escaped the United States via the Underground Railroad.

Original publication by the government of Canada.

Success stories: migrant entrepreneur cooks up the community then feeds it