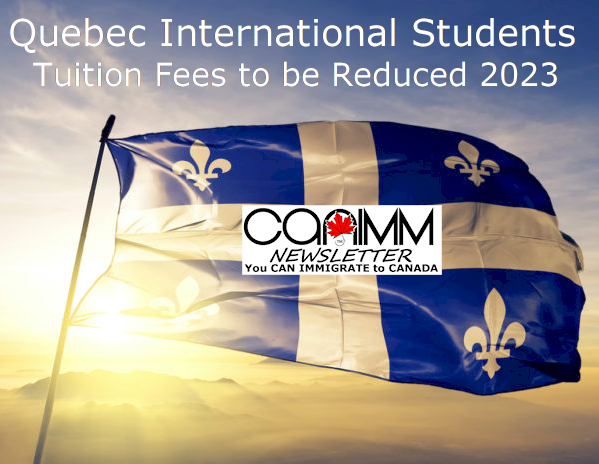 Students with study permit and studying in eligible priority areas of study will pay the same basic annual tuition as Quebecers – about $3,000 CAD.

Boulet also said that international students who qualify for this program will also be allowed to work up to 20 hours per week.

The initiative will be available for eligible international students starting September 2023.

“I am very happy to announce this new strategy which will have a great impact on the academic pursuits of immigrants and in their settlement in Quebec,” said Boulet in a statement in French.

“This is a win for the French-language education and, as a result, ensures the long-term integration of these immigrants into our society and its values,” said the minister responsible for the Ministre de l’Immigration, de la Francisation et de l’Intégration (MIFI).

“Our government is committed to working towards a truly regional model of immigration and in encouraging the vitality of our educational institutions, our economy, and Quebecois society. This is a win-win situation.”

The new Quebec international students tuition fees reduction target students in select priority fields. The priority areas of study to include the following:

To qualify for new Quebec international students tuition fees, you a priority sector full-time, and in French language.

In addition, international students must attend an institution in Quebec, outside of the metropolitan area of Montreal.

Quebec said it will publish a complete list of institutions and specific programs of study at a later date.

“This is important for the ongoing vitality of our universities and colleges. It is also good news for Quebecois society. These people will come to get an education and will be able to count on quality learning in stimulating environments.”

Moving to Canada from USA - Why and How?