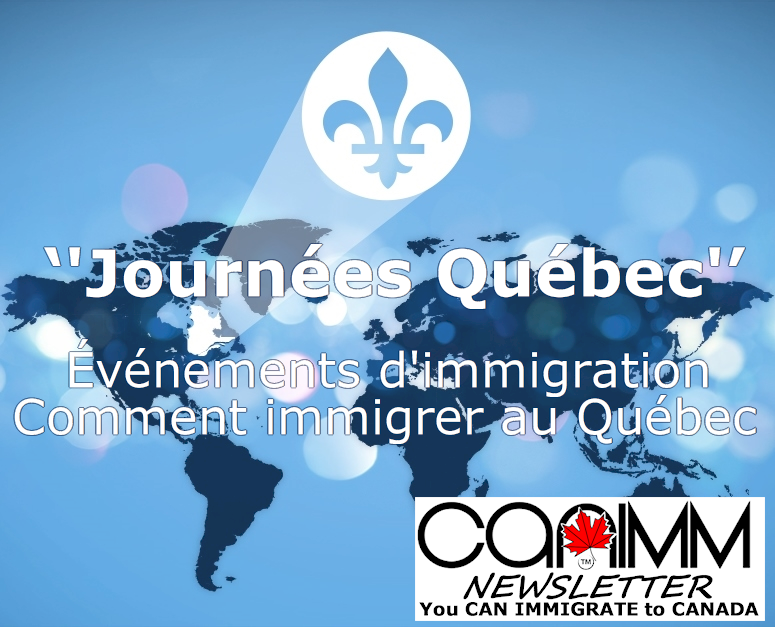 The province of Quebec, Canada, aims to bring 3000 foreign skilled workers through its ‘Journées Québec’, or ‘Quebec Days’ immigration events.

Focus will be on sectors where needs are greatest in the short term. These include information technology, engineering, the construction industry, and health and daycare services.

Other sectors severely suffering staff losses and recruitment difficulties due to the pandemic, such as the hotel and restaurant industry, will also benefit from “Quebec Days” immigration events recruitment.

“In the context of generalized scarcity, immigration is one of the options available to businesses,” he said, adding foreign skilled workers will be even more increasingly important over the coming years.

The province’s foreign affairs minister, Nadine Girault stated that the province “must bolster its presence on the world stage and particularly in French-speaking and francophile countries which are sources of skilled workers”. And further that “Quebec Days” immigration events offers excellent visibility throughout the world for Quebec businesses looking for labour in several key sectors of our economy.

The Canadian province faces a major labour shortage that is affecting the its economy. Therefore, Quebec says it will have to hire foreign workers to meet workforce needs in the coming years.

The province hopes that recruiting 3,000 workers from different countries will help its efforts. Quebec recruited about 1,500 in the previous “Quebec Days” immigration events.

The province will recruit foreign workers around the world in partnership with entrepreneurs, government ministries and non-governmental organizations. These include, economic development associations, Québec international, Montréal international, and also, the Société de développement économique de Drummondville.

By 2030, Quebec may see 1.4 million job openings, and at least 22% of those jobs require immigrants, said Boulet.

Since 2020, Quebec job vacancies increased with a drop in the number of workers looking for jobs.

“There were fewer people looking for jobs in the labour market than there were jobs to fill in the period from September through to December 2021,” noted the report.

A recent report by the Institut du Québec noted job vacancies in Quebec remain 88% higher than before the pandemic.

Both the Province of Quebec and the federal government have committed to increasing immigration targets for the coming years. Canada aims to welcome more than 411,000 immigrants in 2022. Quebec plans to admit 49,500 to 52,500 immigrants in 2022. The province will also admit an additional 18,000 to reach admission levels missed earlier due to the COVID-19 pandemic. This means that more than 70,000 newcomers arriving in the province of Quebec in 2022.

Because immigrants to Québec find good job opportunities and one of the best qualities of life in the world—both in urban centres and outlying regions. And because in Québec you can achieve your goals, push your limits and expand your horizons. Because Québec allows you to lead a full life. It’s as simple as that!

Immigrating to Quebec to work