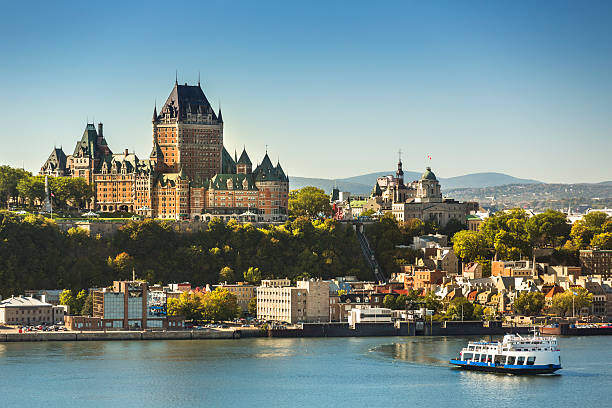 The pandemic has drastically slowed down the entry of newcomers to Quebec while it continues to grapple with severe labour shortages in several sectors.

Girault said Quebec “wants to catch up to these thresholds and we also want, as we said from the start three years ago, [to] increase the thresholds precisely because we wanted to welcome them better, integrate them better.”

At the national level the federal government of Canada has committed to a new plan to increase immigration to 401,000 newcomers in 2021 and up to 1.2 million by 2023. Canada believes that immigration will spur economic recovery after the coronavirus crisis.

Under the Canada-Quebec Accord, the Quebec government is allowed to select its own immigrants in the economic category, while the federal government is in charge of the final admission and its procedures, including health and security checks.

Girault said that her government has added $70 million to the budget for the francization and integration of newcomers, bringing the total to $170 million.

Radio-Canada reported that, on April 20, Quebec’s Minister of Labor, Employment and Social Solidarity, Jean Boulet, vowed to increase temporary workers immigration, even if the Quebec Immigration Department remains conservative. He reportedly noted that presently Quebec employers cannot have more than 10% of their labour force as temporary foreign workers.  He promised the Chamber of Commerce of Metropolitan Montreal that this limit will be revised upwards.

“I can’t say it publicly, but [I have] agreements in principle to raise the threshold from 10% to 20%”, Boulet said in French while addressing the Chamber on economic recovery in the Montreal metropolis and the labor shortage.

More trades and professions will also have access to a simplified and faster process for recruiting foreign workers, added Jean Boulet.

The current Quebec government had steadily promoted temporary workers. In 2017, there were more than 17,600 temporary foreign worker positions accepted in Quebec. That figure climbed to nearly 34,000 in 2019 and has remained stable over the past year, despite the pandemic and border closures.

Quebec businesses are putting pressure on the government to accelerate and increase temporary foreign workers immigration to help labour shortage and the economic recovery. According to the Quebec Employers Council, there are nearly 150,000 vacant positions in the province.

Businesses also raise concerns about how delays in Quebec immigration processes are causing many temporary foreign workers, already settled in Quebec, to plan on moving to other provinces to obtain their permanent residence more quickly.

The Legault government is preparing to increase immigration thresholds

With the mounting pressure, François Legault’s government is expected to announce a review of Quebec immigration thresholds by the end of the year.