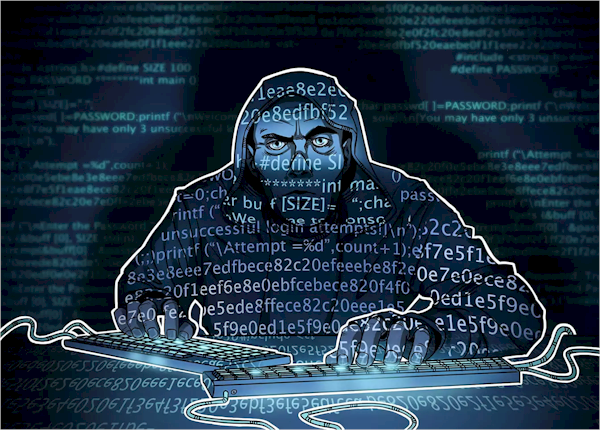 March is Fraud Prevention Month in Canada and as stated in a previous post, it is the perfect time to remind foreigners and Canada newcomers of online scammers and hackers targeting Canadian immigrants, and to protect yourself from immigration fraud and scams. See March is Canada Fraud Prevention Month – Protect yourself from visa & newcomer scams.

Fraudsters target newcomers to Canada with scams promising financial assistance, jobs, credit facilities and more. In many cases fraudsters have been known to target immigrants with schemes that are generally less known to the immigrant population.

Fraudsters also target Canada’s international students with phone calls, claiming to be employees of Immigration, Refugees and Citizenship Canada (IRCC). The caller tells the student that to avoid deportation, they must send prepaid credit and gift cards, money wires or e-transfers as payment to avoid arrest or deportation.

In its February 2021 edition of Threat Intelligence Report, U.S.-based Malwarebytes, a maker of anti-virus software, is warning of online attacks targeting Canadian immigrants. Malwarebytes reveals that its analysts have uncovered a group, which is typically a nation-state or state-sponsored group, that has been stealthily gaining unauthorized access to computer networks.

“In this case, we initially discovered a number of malicious emails specifically targeting individuals seeking employment, which prompted a deeper investigation,” writes Hossein Jazi, a senior threat intelligence analyst at Malwarebytes, in that report. “Digging deeper, we uncovered a targeted spam campaign dating back as far as 2018 using phishing lures with themes aimed not only at those seeking immigration to Canada for employment but also at airlines.”

According to the report, one of the interests of this actor is targeting people that want to immigrate to Canada through government job-related programs, such as the federal Express Entry skilled workers program. In one of the specific cases the actor has used the legitimate “Canadavisa.com” site as its phishing lure. Canadavisa.com is a known Canadian immigration website associated with an immigration firm based in Montreal, Canada. The actor has used spam emails weaponized with either archive or document files as its initial infection vector.

The report says that one executable malicious application was titled “Federal Skilled Worker Program Eligible Occupations Canada Immigration and Visa Information Canada.exe”. This is designed to target people that are applying to the Canada skill worker program. The actor also used decoy documents from IRCC website and other legitimate immigration websites.

Online scams targeting immigrants have been going on for years. In 2017, immigration fraud made headlines when scammers started sending emails claiming to be from the Ontario Immigrant Nominee Program (OINP) and asking for a “Right of Permanent Residence Fee”. The emails came with a falsified OINP Certificate of Nomination attached, featuring the Ontario government logo and the address of 400 University Avenue, the offices of the Ontario Ministry of Citizenship and Immigration.

Much like the email scam, phone scammers will call and claim to be from the IRCC. In a recent example international students in Canadian cities including Ottawa and London recently reported receiving phone calls from individuals claiming to be employees of IRCC. The caller tells the student that to avoid deportation, they must send prepaid credit and gift cards, money wires or e-transfers as payment to avoid arrest or deportation.

Fraudsters know that a job offer can be a key element to a successful Canadian immigration application. So in some cases, scammers will guarantee you a job offer and ask for a fee for the service.

A common scam targeting newcomers and immigrants is the fake computer virus call/email. You may get a phone call or email saying that your computer has been infected with a virus. The caller or sender will offer to remove the virus from your computer. The person will try to get your computer passwords and other private information.

Similarly, you may get a phone or text message that says you won something, but you did not enter a contest. It is probably a scam to get you to provide pertinent personal information.

Protect yourself from online attacks and scams

The Government of Canada takes immigration fraud very seriously and is committed to protecting immigrants and Canadians alike from all kinds of fraud. See IRCC fraud bulletin: Protect yourself from immigration fraud.

See also Top 20 Tips on How to Prevent Immigration Fraud

Contact the Canadian Anti-Fraud Centre to report fraud, and to find out about other fraud like online dating scams, door-to-door scams and fake bills.

Read about laws in place to protect the public from fraud by province.