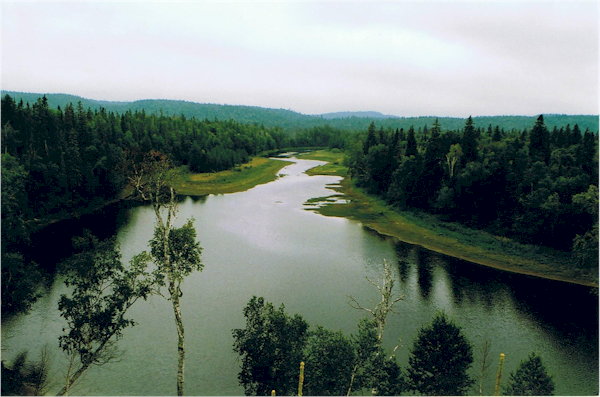 Northern Ontario immigration. A report funded by the federal government of Canada says that although Ontario is already the most populated province in Canada, it will need a lot more people in its northern regions over the next two decades just to maintain a healthy workforce.

In 1996, northern Ontario actually had a more robust workforce than the rest of the province, with more working-age adults per capita. Two decades later, the situation has reversed, as immigration has greatly helped the rest of Ontario stave off labour shortages.

“By 2016, the province, through international immigration and national domestic migration, had surpassed all of Ontario’s northern regions,” states the report. “Nevertheless, the province’s own ratio continues to slip and will hit a concerning level by 2036 of roughly 1.5 dependents for every worker.”

“We continue to hear persistent reports from employers of challenges in finding needed employees with in-demand skills. Immigration to northern communities remains well below historical levels and emigration continues to be a challenge,” notes the report. “International students, who represent a significant growth factor in our reported population levels do not tend to remain after graduation.”

“If we wished to maintain our historical, healthy, ratio of dependents to workers, Ontario’s northern regions would need to retain everyone who is currently here and attract some 8,100 additional people every year for the next 20 years”

“In order to just limit the fall in our ratio of dependents to working-age people to match the expected Ontario level by 2041, Northern Ontario needs some 1,700 new people a year for the next 20 years. That’s 34,000 new northerners to slow our decline, 162,000 to halt it.”

The Come North conferences were held in Thunder Bay and Temiskaming Shores with more than 300 people representing almost 100 organizations coming together to discuss how to attract and retain more people in the North.

In the Fall Economic Statement released on November 30, 2020, the federal government noted that Canada’s immigration intake, the most important source of Canada’s population and labour force growth, has been severely disrupted by travel restrictions and application delays due to COVID-19. See Canada to spend Millions on immigration to spark economic recovery.

One of the points in the report’s action plan suggests the Timmins Local Immigration Partnership (LIP) look for funding to keep the Northeastern Ontario Immigration portal and its resources up-to-date.

“If it’s difficult for people to find information or to be able to locate to an area, then they don’t come,” said James Franks, an economic development officer for the City of Temiskaming Shores. “We’re good at websites but (people) often have questions, they want to talk to somebody to get answers.”

The report says newcomers must be a part of the reconciliation process, that the existing immigration portals need to focus on population growth and offer more information on how to battle racism.