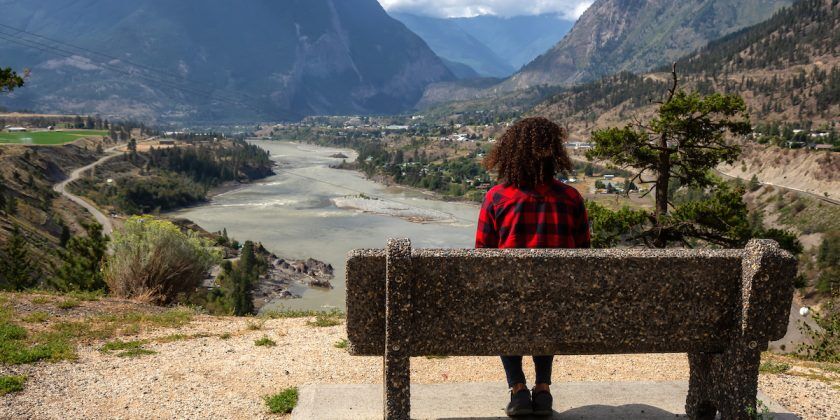 Immigration, Refugees and Citizenship Canada (IRCC) is planning to launch a pilot program for testing GeoMatch, a matching algorithm that can recommend to new immigrants where to settle in Canada. Using artificial intelligence developed by researchers at Stanford and Zurich Universities, GeoMatch will help newcomers identify and settle in the Canadian communities where they are most likely to prosper.

GeoMatch researchers at Immigration Policy Lab (IPL) at Stanford University used Canada’s comprehensive historical datasets on immigrants’ background characteristics, economic outcomes and geographic locations to project where an individual skilled immigrant might start a new life, how immigrants’ backgrounds, qualifications and skillsets were related to taxable earnings in different cities, while accounting for local trends, such as population and unemployment over time.

IPL is collaborating with Canada’s IRCC and the Central Agency for the Reception of Asylum Seekers (COA) in The Netherlands to explore pilot programs for GeoMatch.

Jennifer Fei, IPL senior program manager, explains the need for this tool and the struggles that immigrants and governments face in its absence:

When immigrants are unable to gain a foothold, climb the economic ladder, and integrate in this holistic sense, there is potential for public backlash and policies restricting immigration. Our goal is to provide governments and immigrants new data-driven tools to help them to choose the most beneficial location, using insights from rich historical data and human-centered artificial intelligence.

In addition to the benefits for immigrants, the collaboration with IPL will help the government learn and innovate, says IRCC’s Patrick McEvenue:

This sort of personalized resource for immigrants would be the first of its kind, and we continue to explore how this work could inform economic immigrants coming through the Express Entry process. This could also help us better understand how immigrants make decisions and learn more about the determinants of successful immigration.

IPL states in its working paper that research suggests that an immigrant’s initial arrival location plays a key role in shaping their economic success. Yet immigrants currently lack access to personalized information that would help them identify optimal destinations. (see Leveraging the Power of Place: A Data-Driven Decision Helper to Improve the Location Decisions of Economic Immigrants).

Instead, IPL found that immigrants often rely on availability heuristics, which can lead to the selection of sub-optimal landing locations, lower earnings, elevated outmigration rates, and concentration in the most well-known locations.

To address this issue and counteract the effects of cognitive biases and limited information, we propose a data-driven decision helper that draws on behavioral insights, administrative data, and machine learning methods to inform immigrants’ location decisions. The decision helper provides personalized location recommendations that reflect immigrants’ preferences as well as data-driven predictions of the locations where they maximize their expected earnings given their profile.

The paper suggests that immigrants prioritize places they have heard about, and that they overlook less prominent locations even though these locations may actually align with their preferences and skills.

“Unfamiliarity means that decisions regarding their initial destination are often reliant on secondary information sourced from earlier migrants, immigration companies, the Internet or other sources.”

About a quarter of economic immigrants settle in one of Canada’s four largest cities, with 31 per cent of all newcomers alone destined for Toronto. More than half of all immigrants and recent immigrants to Canada currently live in Toronto, Montreal or Vancouver, according to Statistics Canada. The report cites studies showing that immigrants location decisions are often linked to the international prominence of destinations and that “many immigrants choose Toronto simply because that is all they know of Canada.”

The paper notes that data suggest that for the average economic immigrant who settled in Toronto, there were 19 other places where that immigrant had a higher expected income than in Toronto.

In addition to the personal economic and social impact of settling in a destination that does not actually align with their preferences and skills, the report points out that “If initial settlement patterns concentrate immigrants in a few prominent landing regions, many areas of the country may not experience the economic growth associated with immigration.” “Undue concentration may impose costs in the form of congestion in local services, housing, and labour markets.”

GeoMatch will help Canada newcomers make the most of their new homes—succeeding economically and integrating into their community.

Some Canadian immigration programs recognize that lack of information and perceptions based on secondary sources can skew location decisions toward prominent cities. Federal programs like Rural & Northern Immigration Pilot and Atlantic Immigration Pilot Program are aimed at educating immigrants about the benefits of settling in rural and small communities.

Canada has also introduced several digital and online initiatives to help newcomers find employment, language courses, and housing as they settle into their new homes. Some are funded by provincial governments, such as the Welcome to Alberta app and British Columbia’s Arrival Advisor app. Others are funded federally by IRCC, such as the NewTo app which brings together a range of stakeholders to identify ways to help immigrants integrate in Toronto. IRCC has also funded NewYouth.ca, an online community for immigrant and refugee youth in Ontario that, among other services, allows newcomer youth to submit questions online and receive personalized responses.

GeoMatch takes into consideration not just “data-driven predictions” but immigrants’ location preferences as well. So it can be calibrated to newcomers preferences for example toward a destination where they have family or friends or based on the perceived availability of jobs and personal preferences regarding climate, city size and cultural diversity.