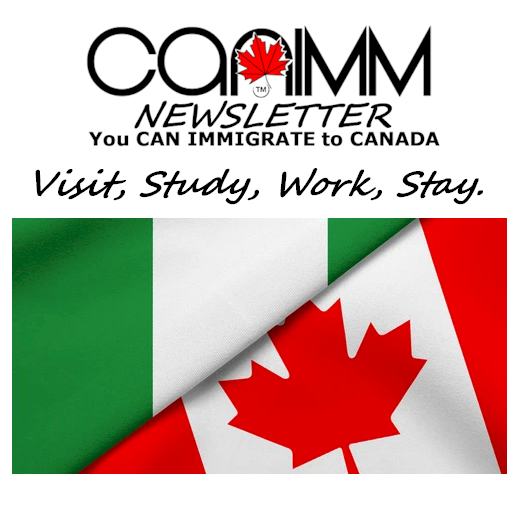 There was a massive drop in immigration to Canada from all countries during the pandemic due to border closures and public health restrictions. After welcoming 341,175 new PRs in 2019, immigration fell by 45.9% to 184,585 new PRs in 2020. It then rebounded to a record-breaking level in 2021 when the country welcomed 406,005 new PRs as COVID restrictions eased.

See also Pathways to immigrate to Canada from Nigeria.

In the first six months of 2022, Nigeria ranked fifth in the top 10 list of most important sources of new PRs to Canada, after only India, China, the Philippines, and Afghanistan.

Immigration, Refugees and Citizenship Canada (IRCC) data shows that the number of new Canadian permanent residents from Nigeria will soar by 60%, to 20,160, in 2022. This compared to 12,600 in 2019 the years before the pandemic.

In the first half of 2022 alone, Canada already welcomed 10,080 new permanent residents from Nigeria.

The Africa Polling Institute (API) reported that Canadian immigration policies have made Canada the top destination of choice for many Nigerians. See Deconstructing the Canada Rush – A Study on Motivations for Nigerians Emigrating to Canada.

The top 5 motivating factors for Nigerians seeking immigration to Canada are:

In the last few years, the number of Nigerians seeking to emigrate to Canada has maintained an upward trajectory. Canadian migration policies have also in the last few years made the country emerge as an attractive destination of choice for many Nigerians; compared to the United Kingdom, with its imminent pre- and post-Brexit implications, and the strict immigration policies of the current United States administration. The current trend of Nigerians emigrating to Canada appears to have taken a new dimension with respect to the calibre of Nigerians applying on the different Canadian migration schemes. There are anecdotal evidences to suggest that these categories of Nigerians are not the ordinary poor Nigerians, but they are the highly skilled, well educated, mostly employed and upwardly mobile group of individuals, who constitute the middle-rung of the socio-economic class of the country. And there is no doubt that the continued exit of this class of Nigerians would have significant effects on the country’s intellectual, manpower and skills base, with attendant impact on the country’s national development, as well as its social, economic and political wellbeing as a nation.

Canada International Students from Nigeria up by 49.1%

TFWP allows foreign workers to come to work in Canada in many areas. These include:

How to Apply for Canada Permanent Resident from Nigeria

Express Entry is the application system that Canada uses to manage skilled worker applications. It is also the most popular way that Nigerians use to immigrate to Canada.

IRCC conducts Canada Express Entry draws approximately every two weeks from the Express Entry immigration candidates pool. IRCC approves your application and you complete the landing process. You then will officially become a Canadian permanent resident.

The Federal Skilled Worker Program (FSWP) launched since 1967. FSWP is the main way that skilled workers immigrate to Canada.

The Canadian Experience Class (CEC) opened in 2008. It is a pathway for foreigners who have worked in Canada and want to become permanent resident.

The CEC is also very popular among temporary foreign workers and international graduates as they are already in Canada.

Canadian provinces/territories do not have the ability to give Canadian permanent resident status.  However, they can nominate you into the federal Express Entry immigration pool if you are willing to settle in their province. PNP nomination automatically gives you a whopping 600 points in your Express Entry CRS score, which virtually guarantees that IRCC will invite you to apply for PR.

Launched in 1998, PNP nomination is also the second leading way to immigrate to Canada as a skilled worker after Express Entry programs.

For example, Nnamdi has a bachelor’s degree. He has also been working in health care sciences for five years. Nnamdi has never worked or studied in Canada. He has the necessary Canada English or French language proficiency.

Nnamdi’s federal Express Entry pool CRS score is 345. However, he recently obtained a provincial nomination through a PNP. As a result IRCC awards him additional 600 points.

IRCC will issue qualified PNP candidates in the Express Entry pool an invitation to apply for permanent residence. And then, after IRCC approves your application you complete the landing process, and officially become a Canadian permanent resident.

Pathways to immigrate to Canada from India

Pathways to immigrate to Canada from Pakistan