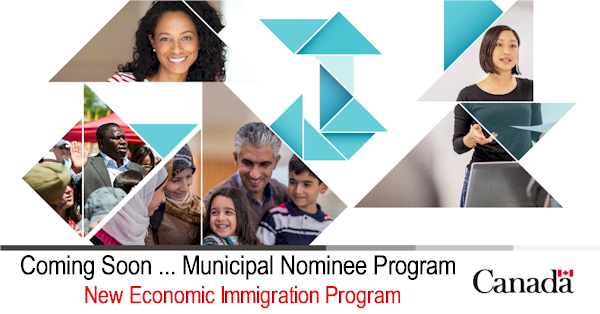 Canada’s Municipal Nominee Program (MNP) is a new and upcoming regional economic immigration program. The program focuses on making it easier for communities to welcome the workers they need most. Hence, participation will include local communities, local labor councils, and chambers of commerce.

The goal of the MNP is to promote a broader distribution of immigrants across smaller Canadian municipalities. This is particularly to help recruit more workers across Canada as more workers age and retire.

See also Use only certified Canada immigration lawyer or agent.

Under Municipal Nominee Program (MNP), local communities will recruit immigrants based on their skills and the requirements of the job. Employers in local communities will be driving newcomer sponsorship. The new Municipal Nominee Program will also help newcomers integrate better into the community by providing them a job and community support. MNP will encourage immigrants to move to the smaller cities and towns in Canada.

The MNP regionalization goal is similar to the idea behind the Provincial Nominee Programs (PNP). Prior to the launch of the PNP in 1998, up to 85 per cent of all new immigrants to Canada settled in Ontario, Quebec, and British Columbia. The introduction of the PNP resulted in the figure falling to around 70 per cent.

However, most PNP immigrants still choose to settle in each province’s largest cities. As a result, smaller cities and towns continue to face challenges attracting immigrants. The MNP aims to help address this challenge.

The PNP might have been successful in attracting immigrants to smaller provinces and territories. However, 80% of these immigrants end up settling in metropolitan areas, which undermines the purpose of PNP. But to counter this, the Municipal Nominee Program will spread the benefits allowing and empowering local communities within the province and territories to decide on their newcomers.

The majority of stakeholders identified retention as the most important success metric. This is important because new immigrants have the right to live anywhere they want in Canada. For a community to benefit from immigration, they need to provide job opportunities and an environment that make immigrants want to stay in the community.

Municipal Nominee Program is still in development. Some of the features anticipated include the following:

The overall process for Municipal Nominee Program (MNP) is likely to look like the Rural and Northern Immigration Pilot or the Atlantic Immigration Pilot. These programs identify potential immigrants who fit specific criteria, typically entailing a job offer or other connections. The actual review of qualifications would then be done by IRCC.

Under the Atlantic Immigration Program, employers can completely skip the Labour Market Impact Assessment required under other economic immigration programs. Instead, employers who want to hire through the program must meet a set of requirements before making job offers.

To be designated to hire through the AIP, employers need to:

The program requires employers to have a Settlement Plan to help immigrants and their families settle into their communities.

Role of municipalities and community partners

Municipalities, regional and local economic development organizations have pre-existing relationships with local employers and services in their communities. Municipal Nominee Program (MNP) will be heavily dependent on their identification, targeting and sponsorship of immigrants.

How to visit or immigrate to Canada from Saudi Arabia