Moving from Australia to Canada is usually easier than migrating from many other countries to Canada. Similar in size and population density to Australia, Canada is one of the world’s favorite places to relocate to. Canada was ranked the 12th best destination choice in the world in the 2016 Internations Survey.

If you are planning to work in Canada, you will need to apply for a Canadian working visa. Alternatively, if your main purpose for moving to Canada will be to study, you should apply for a student visa. You can find all the details that you need on the Canadian government website.

Australians who wish to move to Canada and become permanent residents have several different options. An applicant may be eligible to immigrate as worker, or be sponsored by family members already in Canada. Skilled immigrants may apply under programs such as Express Entry, Federal Skilled Worker Program,the Federal Skilled Trades Program, Canadian Experience Class, or Provincial Nominee Programs (PNP). Here are a list of trades that fall under the skilled worker category. An Australian who wishes to enter the country under the entrepreneurial visa program may be eligible to do so if they have money to invest and they meet the requirements for that visa.

Citizens of Australia are able to apply for a Work Visa to Canada. Successful applicants can migrate and work in Canada permanently or temporarily. See Working in Canada – Visa Requirements

Under the IEC program, young Australians may be able to move from Australia to Canada under the working holiday program. The Working Holiday Visa allows an individual to do almost any job for up to two years, many people call it an open work permit. This program is not intended for people who wish to obtain permanent residency in Canada, but it is ideal for people who wish to experience living in Canada for a temporary period of time.

Requirements to be eligibility for a Working Holiday Visa:

If you have a relative in Canada it may support your case for immigrating from Australia to Canada.

Once you determine the best visa for you, you will submit the necessary application and documentation. If you are unsure of which category applies to you, you may wish to speak to an immigration attorney. They will help you determine which visa is right for your scenario. They will also be able to help you gather the right documents to ensure that your application process goes as smoothly as possible.

Immigrating to Canada from Australia can be a life changing experience. Canada is covered in beautiful countryside to modern technological cities. Moving to a  new country can be confusing when adjusting to their culture, customs, life, and daily activity but here are a few subjects to review before immigrating to Canada as an Australian.

1. Cost of Living in Canada vs Australia

Although you may think that there won’t be a large language barrier in Canada since English is both a major language of Australia and Canada, there are some complications. The main languages spoken in Canada are English (59%), French (23%), and 18% mix of other languages. In Quebec, French is mainly spoken as it is the only Canadian province that recognizes French as its official language.

Canada and Australia have opposing seasons while Canada will be experiencing winter, Australia will be basking in the summer sun. Canada’s typical climates are described as: temperate, semi-continental, continental, prairie, polar. Australia’s typical climates are described as: temperate, Mediterranean, sub-tropical, tropical, desert. Since Australia has a vast climate change, many can adapt to Canadian temperature and climate quickly while others don’t. Canada experiences four distinct seasons, with long, cold winters and warm summers. Coastal temperatures are often warmer than those inland, especially during the winter.

Jobs in Canada may be slightly harder to come by than in Australia, but in general the employment market is healthy – especially in the major cities of Toronto, Montréal, Vancouver and Calgary.

English-French bilingual workers are in high demand in many parts of Canada, like Quebec, so good French skills will always help your job search. Canada is also rich in natural resources, with potentially lucrative careers to be found in the oil and energy industries.

Toronto is the best place to find jobs in the financial and business sectors, while Vancouver is known to be a hub of tech innovation. Check out Canada’s list of High Demand Occupations to find the sectors most in need of workers. If your occupation is on the list, this could also fast-track your work visa application. The list currently includes human resource managers, court reporters and meteorologists – to name but a few!

Workers in Canada often work long hours. Good childcare policies and an abundance of national holidays soften the blow though.

As with all large, developed countries, house prices in Canada vary massively according to location. Prices are higher in the cities and lower in rural areas. Overall however, house prices are lower than in Australia – with an average city centre apartment costing 30-40% less than it would back home. Do bear in mind that your salary and spending power may also be lower in Canada.

Renting makes sense in some of the more expensive cities. In Toronto and Vancouver, renting is far more affordable than buying a home and is likely to give you a better quality of life with easy access to the thriving downtown areas. In Ottawa and Montréal, however, real estate is more affordable with some great family homes on the market.

Canada’s state education system is internationally recognised to be of a high quality. Each province has devolved responsibility for its education system, so there may be differences according to your location.

Literacy rates in both Australia and Canada are impressively high and there are many similarities between the two countries’ approach to learning. One thing to bear in mind is their different school calendar, with the Canadian school year running from September to June. Canada also has both English and French-speaking schools, which can be a great way of improving children’s language skills.

Canada has almost 100 universities to choose from, some featuring among the world’s top institutions. For a list a ranking of the top 26, see Find Universities & Colleges.

Permanent Canadian residents can take advantage of the generous public-funded healthcare system, which covers far more aspects of medical treatment than Australia’s. However, if you are on a temporary visa you will need to take out private healthcare to cover you and your family. See
Healthcare for newcomers to Canada and Canadian newcomers healthcare checklist.

Healthcare in Canada is excellent, ranking 30th in the world according to the World Health Organisation (WHO). You can expect a similar level in the quality of treatment and medical provision as you would in Australia, although you may experience slightly longer waiting times. Healthcare, like education, can vary a little according to the province you live in.

Canada may be most famous for its staggering natural beauty, but its cities are also packed with cultural attractions.

Art lovers should head to the National Gallery of Canada in the capital city of Ottawa. Here you’ll find a fascinating collection of Canadian art, as well as exhibits from top international artists. History buffs can discover Canada’s rich heritage at the Royal Ontario Museum in Toronto, while sports fans can’t miss the chance to visit the Hockey Hall of Fame for an initiation into Canada’s favourite sport.

Families will love exploring the interactive fun at Science World in Vancouver, meeting the Mounties at Fort Calgary or journeying back in time at the grand castle, La Citadelle de Quebec. And that’s really just the tip of the iceberg!

Canadian cuisine is eclectic, as you might expect from such a diverse country. Favourite ingredients, of course, include maple syrup and crispy bacon (amazing eaten together – try it), but dining out in Canada’s cities is a truly international experience.

During the harsh winters, game meat and potato-based dishes are popular. Make sure you try ‘poutine’, an unlikely but delicious combination of French fries, gravy and cheese curds – perfect if you’ve indulged in one too many beers the night before. Many Canadian also embrace healthy eating to fuel their active, outdoor lifestyles. Sushi is massive here thanks to the amazing Canadian seafood on offer, and there is a growing vegan movement.

Canadians like to let their hair down just as much as the Aussies. For one thing, cosying up in a friendly bar is a great way to stay warm in winter! The big cities are the home of the best nightlife but smaller towns very much have their own thing going on too. The remote destination of St. John’s in Newfoundland, for example, boasts the highest number of pubs per capita in the whole country.

Montréal is renowned for being a liberal city that never sleeps, with all-night raging happening every day of the week. It has a particularly vibrant gay district and an endless choice of dance clubs featuring music from techno to jazz. The nation’s capital, Ottawa, has a cosmopolitan selection of bars and venues, with an excellent theatre and arts scene.

Vancouver is the place to go for funky cocktail bars and exclusive clubs, although you can also find more laid-back nightlife offerings in the Kitsilano neighbourhood. Toronto has the best in live music from down and dirty basement venues to huge mainstream arenas.

How to move to Canada from the UK 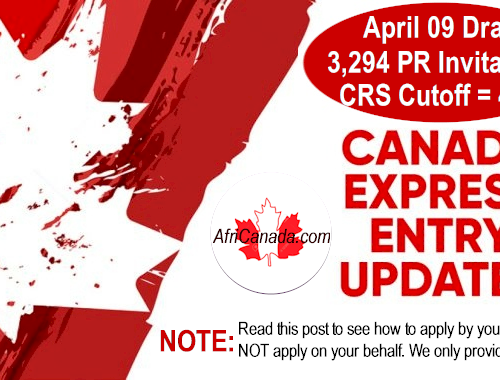