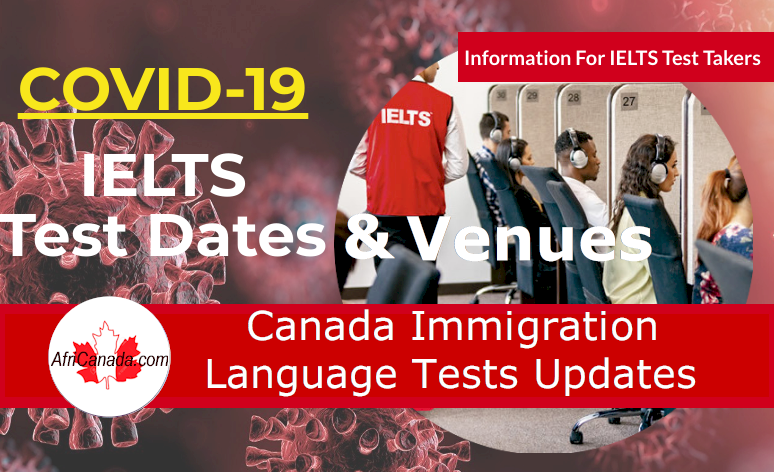 Language proficiency in either English or French is among the best ways of increasing your odds of successfully immigrating to Canada. Completing an English or French language test that is officially recognized by the Canadian government is mandatory for skilled worker candidates that want to secure a permanent residence (PR) visa to move to Canada.

Most immigration applicants speak English, and hence, choose to either take the CELPIP or IELTS General Training Test.

As Canadian businesses reopen and the public emerge from lockdown, language test providers are responding by making their tests more readily available. In Canada, IELTS tests are currently available in British Columbia (BC), Alberta, and Manitoba, and will soon be available in Ontario as the government rolls out its announced phased-out reopening plan.

IELTS is currently operational in 29 countries. These include significant source countries of immigrants to Canada, such as Australia, Brazil, South Korea, Mexico, Nigeria, Russia, and Vietnam. IELTS has set tentative test dates in more countries in the weeks and months to follow.

CELPIP is also currently being delivered in BC. Paragon Testing Enterprises, the company that administers CELPIP, anticipates that it will be delivering tests in Alberta, Manitoba, and Newfoundland and Labrador within the coming weeks. Abroad, CELPIP is currently available in Hong Kong.

Extra health precautions are in place at CELPIP and IELTS test sites to protect the health and safety of test takers, employees, and test centre personnel.