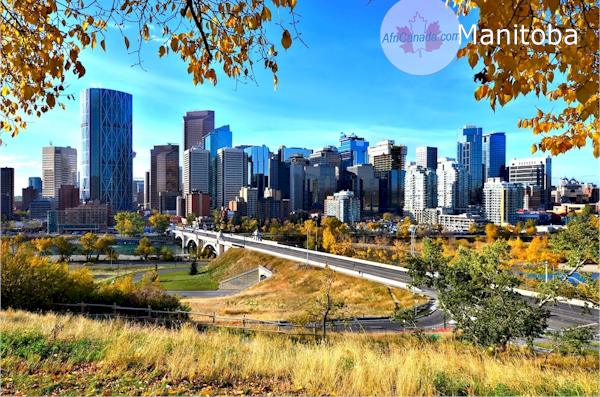 The Manitoba Provincial Nominee Program (MPNP) seeks recent graduates, skilled workers, businesspeople and their families with the intention and ability to successfully settle and economically establish in Manitoba as permanent residents. Manitoba makes it easy to immigrate and settle in our province.

The MPNP for Skilled Workers is locally driven and based on the needs of Manitoba employers. We select internationally trained and experienced workers who have the skills needed in the local labour market, and nominate them to receive Canadian permanent resident visas to settle and work in Manitoba. There are two streams:

The MPNP for Skilled Workers Overseas nominates applicants who demonstrate an established connection to Manitoba through:

In addition to demonstrating a strong connection to Manitoba, every candidate who wants to be considered under the Skilled Worker Overseas stream must score at least 60 points based on the following five factors in order to be eligible:

If you do not have a connection to Manitoba, you are not eligible under this stream, regardless of your points total. The MPNP points system illustrated below is for your self-assessment and information only. The MPNP will complete a full assessment of any application it receives and scores each candidate based on the information supporting documentation you provide at that time, and according to the current criteria and information on eligibility, policy and procedure published on this website.

The Career Employment Pathway provides faster nomination pathways for post-secondary students who graduate and find long-term employment in Manitoba in an in-demand occupation consistent with their training. If you meet these conditions, you will be eligible to apply to the MPNP immediately after graduating and obtaining the job offer.

The Graduate Internship Pathway provides faster nomination pathways for international student master and doctoral graduates through internships contributing to industry innovation in Manitoba. Graduates who complete an Accelerate or Elevate internship with Mitacs in Manitoba can apply to the MPNP immediately after graduation, whether or not they have a job offer.

The International Student Entrepreneur Pilot will provide up to 20 (per calendar year) international students who have graduated in Manitoba the opportunity to pursue entrepreneurship rather than employment. Once the applicant meets the conditions of their Business Performance Agreement, they are nominated for permanent residence.

Apply for MPNP in 3 Steps

Immigration through the MPNP for Skilled Workers in Manitoba is a three-step process:

The following are not eligible to submit an application to the MPNP:

The Canadian federal government and the provincial and territorial governments regularly draws candidates from the federal Express Entry pool to issue Invitations to Apply (ITA) for Canadian permanent residence, based on the particular needs and shortages in the country or provinces.

Based on the information you entered in your federal Express Entry profile you will be given a Comprehensive Ranking System (CRS) score and placed into a pool of candidates ranked by their CRS score. Your CRS is a numerical value, out of a possible 1,200, determined by your core human capital. This is essentially your age, work experience, educational background, ability to adapt and language skills.

A limited number of candidates with the highest CRS points in the pool are issued Invitations to Apply (ITAs) for Canadian permanent residence through regular federal Express Entry draws which typically take place every two weeks. Nomination under a provincial program like MPNP gives a candidate in the federal Express Entry pool and additional 600 points which effectively guarantees that they will be invited to apply for PR.

Find out if you are potentially eligible to enter the Express Entry pool.