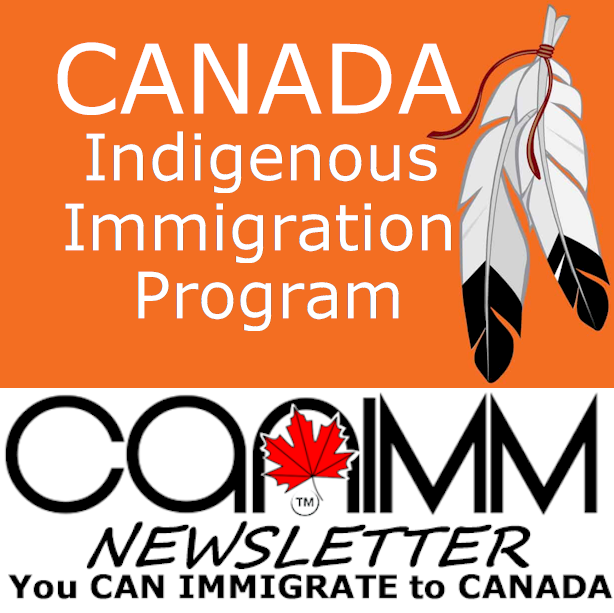 Canada is also struggling with population decline and severe labour force shortages compounded by the COVID pandemic. Indigenous communities are not spared from these downturns.

This article highlights why Canada should consider developing an immigration program targeted to Indigenous communities economic and social needs.

Of note in the reconciliation process, in June 2021 the government of Canada announced changes to Canada’s Oath of Citizenship to recognize First Nations, Inuit and Métis rights. The new Oath recognizes that:

As new Canadians recite the Oath, they will make a personal commitment to observe the rights of First Nations, Inuit and Métis peoples.

But did you know that First Nations do not possess the authority to confer Indigenous “Status” on individuals, including for Canada immigration purposes?

Immigration, Refugees and Citizenships Canada (IRCC) should officially investigate an Indigenous citizenship process similar to IRCC’s general immigration policy. The objective should be to allow people, including foreigners and Canadian immigrants, to become First Nations citizens even though they are not of Indigenous descent.

Canada continues to push for more immigration to help fill over one million job vacancies caused by the COVID pandemic. Canada needs immigrants in order to recover from the economic impact of the coronavirus pandemic. This includes Indigenous communities.

As the Canadian population ages and the birth rate declines, rural Canada’s labour force has faced a significant decrease in available workers and consequential economic downturn. This includes many Indigenous communities.

An Indigenous immigration progarm can be designed to help address population and labour shortages and drive economic growth in these communities.

The authors surveyed the perceptions of immigrants towards Indigenous Peoples and reconciliation. It found that second and third-generation immigrants are more likely to feel “very familiar” with the history of Indian Residential Schools in comparison to the first-generation or new immigrants.

On the other hand, the survey found that Indigenous Peoples overall think that there is too much immigration to Canada.

These views may be in part due to a mutual lack of knowldege and limited interaction between immigrants and Indigenous peoples.

An Indigenous immigration program can be designed to bridge the information gap and promote interactions between immigrants and Indigenous peoples and communities. This will facilitate immigration to Indigenous communities so that they can share the benefits of Canada’s immigratyion policy.

The Rural and Northern Immigration Pilot (RNIP) program was launched in 2020 to attract new immigrants to rural and northern communities across Canada.

Following the success of RNIP, the Atlantic Immigration Pilot program was launched in 2017 to address labour shortages in the Atlantic provinces of Nova Scotia, New Brunswick, Prince Edward Island and Newfoundland and Labrador.

Indigenous Perspectives of Immigration Policy in a Settler Country explores Indigenous perspectives on immigration and concepts of land ownership, and open border vs no border.

APTN is a cable network that offers First Nations TV shows, news, and movies for kids and adults. You can also stream their programs online.

Powwows are cultural events where you’ll get to experience Indigenous music, dance, regalia, food, and crafts.

Indigenous Peoples Atlas of Canada is a magazine that offers stories and articles about Indigenous people in Canada.

Indigenous Canada is a free online course from the University of Alberta presented in a video series. It provides you a comprehensive guide to Indigenous culture, people, and history.