Immigration Lawyer OR Consultant - Which is Best for Visa Applicants? - AfriCanada Immigration Inc.

Table of Contents
1 Immigration Lawyer OR Consultant – Which is Best for Visa Applicants?
1.1 Success Rates by Methods
1.2 Reasons for Lawyers Higher Success Rates
1.3 Finding a Good Immigration Lawyer
1.3.1 Avoid Lawyers Who Approach You at Canada Immigration Offices
1.3.2 Make Sure You’re Dealing With a Real Lawyer
1.3.3 Talk to More Than One Lawyer and Research the Lawyer
1.3.4 Watch Out For Unethical Lawyers and Unrealistic Promises
1.4 Find out if your representative is authorized
1.4.1 Law societies in each province and territory
1.4.2 Other contacts
1.5 How to report immigration fraud

Immigration Lawyer OR Consultant – Which is Best for Visa Applicants?

Marina Sedai, chair of the immigration section of the Canadian Bar Association, gave the following as some of the factors contributing to the higher success rates of immigration lawyers:

She also noted that “Lawyers’ culture of the law being a calling rather than a business means that although lawyers will often take the tough cases, they will also protect clients by advising them against hopeless cases.”

Perhaps the breath and depth of their respective professional requirements account more for the relative successes. Immigration consultants are required to complete one-year mandatory courses and pass language requirements.  In contrast, immigration lawyers typically have completed a four-year bachelor’s degree before undergoing a very competitive process for admission to law school. Law school degrees take three rigorous years to complete . Then they must pass the bar admissions examinations and also go through a process of internship (articling) in a law firm,  or government or corporate law department.

A good immigration attorney can make all the difference to your case. Many are hard working, honest professionals who genuinely want to help you — they could, after all, potentially be making a lot more money in some other area of law.

However, a bad immigration lawyer can overcharge you, fail to provide the promised services, and/or damage your case in a way you might never recover from. Whether you are seeking to file a petition for a visa or green card, trying to avoid deportation, or applying for some other immigration benefit, make sure you get the right sort of lawyer on your side.

Here are some tips to avoid shady types of immigration lawyers.

Avoid Lawyers Who Approach You at Canada Immigration Offices

Make Sure You’re Dealing With a Real Lawyer

If you want a lawyer be sure to get a lawyer. As described above there are other immigration representatives that are legally permitted to handle your application but their rate of success differ significantly from immigration lawyers. Moreover, some non-lawyer representatives may intentionally present as “lawyers” or perhaps create that impression.

It is particularly important because foreigners generally may not readily recognize the distinctions among immigration service providers.

Canadian non-lawyer immigration consultants are regulated by the he Immigration Consultants of Canada Regulatory Council (fortunately) but as indicated in the data above 3% of applicants use other representatives while 86% try to “do it yourself” and in doing so may end up consulting with individuals who do no more than help fill out the forms in wrong and dangerous ways without knowing what they’re doing.

Talk to More Than One Lawyer and Research the Lawyer

The easiest way to start is to do simple search on the internet for Canadian immigration lawyers.  You may narrow your search to the geographical area in Canada that you target to locate to.

Talking to several attorneys will give you some basis for comparison before choosing the one who will be representing you.  Even when the lawyer is busy, good immigration lawyers have staff that are competent in providing general information that is helpful in your choice of lawyer.

Watch Out For Unethical Lawyers and Unrealistic Promises

Run from any immigration lawyer who suggests that you do something suspicious, e.g. lie on an application, give the lawyer money to bribe an immigration authority, or procure fake documents.  You may be told that doing certain suspicious things is the fastest and most guaranteed way to obtain your visa.  You must resist.  If caught (and you most certainly will be caught) it may permanently damage your eligibility for any Canadian immigration program forever.

Remember that your application will be determined by Canadian immigration authorities, not by the lawyer.  If your lawyer claims that  he or she has a 100% success rate or guarantees you success in any way of form, you should find another lawyer.

Find out if your representative is authorized

You can check if a person is licensed to represent immigrants or to give advice.

If they are not members in good standing, you should not use their services.

Most law societies let you check online to see if a person is a member in good standing.

Law societies in each province and territory

How to report immigration fraud

You can report immigration fraud by calling the Border Watch Tip Line at 1-888-502-9060. All information is treated as confidential.

To read more, including information on who can legally represent you if you choose to hire an immigration representative, please visit the CIC website at www.cic.gc.ca. 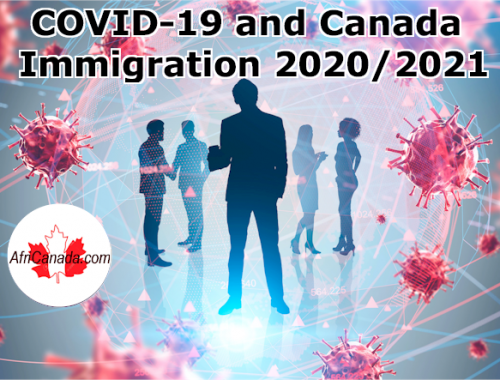 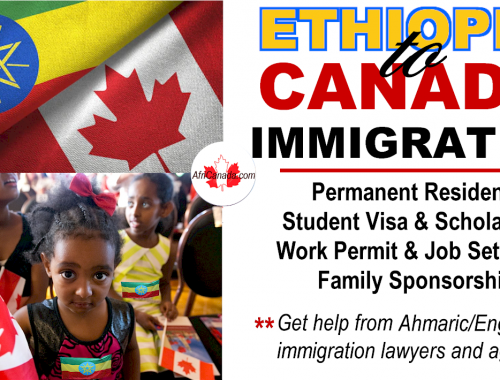 How to immigrate from Ethiopia to Canada 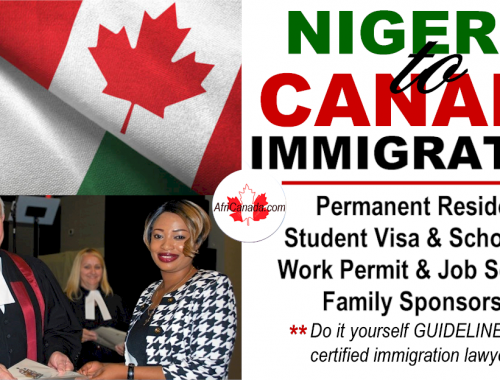