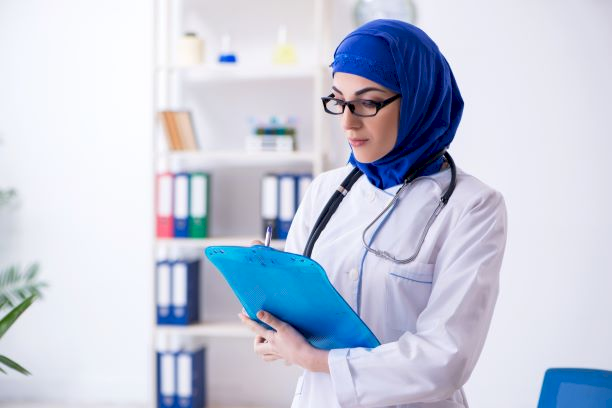 Immigrants make up one out of four health-care sector workers in Canada. According to the latest Statistics Canada numbers immigrants representation in Canada’s health-care workers as follows:

Here are some of the main immigration programs that you may be eligible to use to work in the health-care sector in Canada:

There are thousands of hard-working immigrants in the Canada’s health-care sector. The following is but a mere sample of them and their valuable contributions to Canada.

Dr. Lap-Chee Tsui immigrated to Canada from China. He and a team of scientists from the Hospital for Sick Children (SickKids) in Toronto discovered the gene responsible for cystic fibrosis. He’s an Officer of the Order of Canada and a member of the Canadian Medical Hall of Fame among many other achievements.

Prof. Lakshmi P. Kotra immigrated to Canada from India. He discovered a new anti-malaria agent through his research at the University Health Network in Toronto. Prof. Kotra now leads an international association with India for the development of drugs targeting malaria. He won numerous awards, including the Province of Ontario Premier’s Research Excellence Award and the Canadian Society for Pharmaceutical Sciences Young Investigator Award.

Born in India, Dr. Dhalla is a professor and research scientist focusing on cardiovascular health and heart disease therapy. He’s the promoter and founder of the International Society for Heart Research and the International Academy of Cardiovascular Sciences. He’s also a Fellow of the Royal Society of Canada, a Member of the Order of Canada and a recipient of the Order of Manitoba. He was inducted into the Citizens Hall of Fame in Winnipeg, Manitoba, and the Canadian Medical Hall of Fame in London, Ontario.

Originally from Argentina, Dr. Adolfo de Bold is Professor Emeritus of Pathology and Laboratory Medicine at the University of Ottawa. He’s recognized for his cardiovascular discovery, atrial natriuretic factor (ANF), a breakthrough in heart research and treatment of heart failure. This work was the top research accomplishment funded by the Heart and Stroke Foundation of Ontario in the past 50 years. He’s an Officer of the Order of Canada.

Dr. Hall is an American-Canadian medical doctor recognized for her research in pediatric genetic diseases. She helped clarify the importance of folic acid in reducing birth defects and has described genetic syndromes, including one that bears her name: Pallister-Hall syndrome. Dr. Hall has received more than 50 awards throughout her career and became an Officer of the Order of Canada in 1998.

Born in China, Dr. Tak Wah Mak has made huge contributions in the field of immunology and cancer research by solving the structure of the T-cell receptor gene. This allows researchers to recognize what fights cancers at the cellular level. He received the Gairdner International Award for Science, the Novartis Prize in Immunology, the Paul Ehrlich Prize and the Sloan Award. He’s an Officer of the Order of Canada.

Born in Argentina, Dr. Montaner’s work has had a tremendous impact on stopping the transmission of HIV/AIDS in Canada and globally through his highly active antiretroviral therapy (HAART) treatment. His honours include the Rx&D Health Research Foundation Medal of Honour and Albert Einstein World of Science Award. Dr. Montaner is an Officer of the Order of Canada, a recipient of the Order of British Columbia and is currently head of the division of AIDS at the University of British Columbia.

Ukrainian-Canadian Dr. Vladimir Hachinski is an international authority in the field of stroke, dementia and Alzheimer’s research. He has contributed significantly to the treatment and prevention of stroke and dementia and to the development of the Hachinski Ischemic Score (HIS), the standard method of identifying the treatable component of dementia. He became a Member of the Order of Canada in 2009.

Travellers to Canada must now use ArriveCAN app