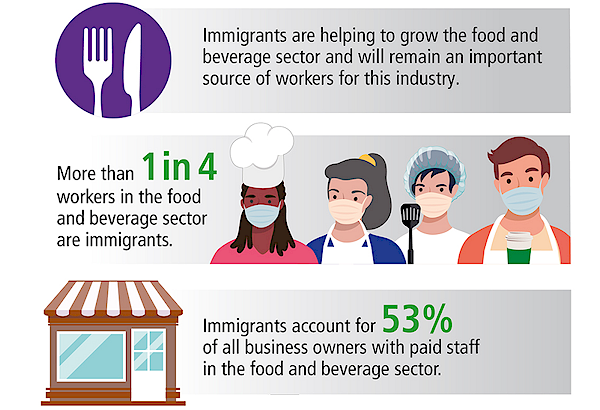 The report shows job vacancies were high in health care and accommodation and food services. These are also top services in which Canada needs foreign skilled workers.

The report paints an optimistic picture as the pandemic wanes. Growth is expected to continue in Canada health care and food services for the rest of 2021.

And the numbers have been good so far. For example, in May 2021, Canada health care and food services had the highest rate of employers looking for workers.

There were about 107,300 open positions in health care in May. That is, nearly one sixth of all job vacancies. Accommodation and food services had the second-highest number of openings at some 78,000. Retail trade follows with 73,800 job vacancies.

Job creation exploded throughout Canada in June. This is because the COVID-19 pandemic is waning. And, experts expect job growth throughout the rest of the year.

“The stage is now set for a smoother job recovery through the second half of the year, with total employment down 1.8 per cent from pre-COVID levels,” wrote Robert Kavcic, a senior economist with Canada’s Bank of Montreal.

Growth in Canada health care and food services is a boon for foreign skilled workers.

The growth in Canada health care and food services means that there will be jobs for foreign skilled workers. These include those coming to Canada for work under International Mobility Program and Temporary Foreign Worker Program.

Canada has repeatedly emphasized its need for foreign skilled workers to recover from the pandemic.

In a recent Globe and Mail article, Canada’s immigration minister says “We are going to make good on our commitment to land 401,000 new permanent residents.”

However, concerns remain whether Canada will be able to meet these targets. See for example Will Canada fall short of its 2021 immigration target?

A recent RBC report suggests Canada will need to rely even more on immigration as job retirements and quitting increases.

According to the report, during the pandemic, job retirements and quitting dropped significantly. However, as the economy recovers, the number is returning to pre-pandemic levels.

“Canada will increasingly need to rely on immigration and other sources for labour force growth,” the RBC report says.

Canada continues to introduce temporary programs to get to its target. For instance, earlier in 2021, Canada introduced six new permanent residency streams. These new streams will enable 90,000 international student graduates and essential workers to remain in Canada.