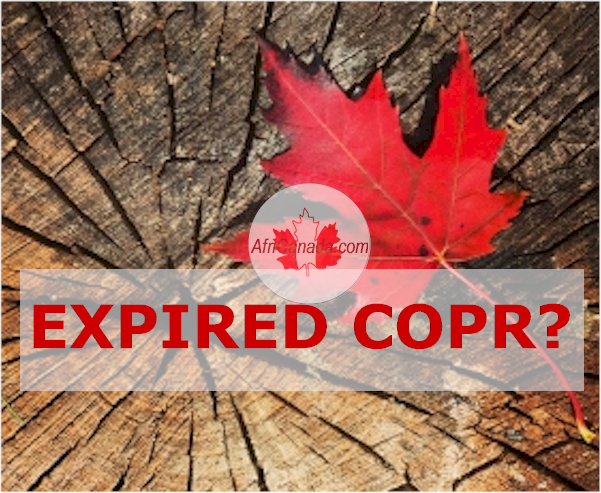 Expiring COPR holders will be allowed into Canada. Canada’s Immigration Minister Marco Mendicino told CTVNews.ca via email that candidates overseas with expiring COPRs (Confirmation of Permanent Residency) documents will still be allowed to come to Canada once COVID-19 travel restrictions have eased. The emailed statement said that global migration has been “upended” by the pandemic, and acknowledged that travel restrictions have had a “significant impact” on Canada’s immigration system.

Those who received their COPR after March 18 when the travel restrictions took effect will eventually be allowed to come to Canada even if those confirmations have since expired.

A COPR cannot usually be extended but IRCC is making an exception because this situation was caused by Canada’s travel restrictions. The email from Mendicino’s office confirmed to CTVNews.ca that “regardless of the validity of documents right now, we will ensure that new Permanent Residents approved after March 18 can come to Canada once current travel restrictions are lifted.”

“Applicants with expiring documents may eventually be able to have their COPRs extended once they’re permitted to come to Canada.” “We want to be clear: they will not have to start the full application process over again,” the statement reads.

COPRs are issued once an applicant is approved for permanent residence and can be valid for up to one year. People use this time to make needed arrangements before setting off permanently to Canada, such as to resign from their jobs, pull their kids out of school, sell their property, and to say goodbye to their families and friends.

Normally, the approved permanent resident needs only to enter Canada and complete the landing process. However, due to the coronavirus pandemic many people’s COPRs expired before they were able to travel to Canada.

Many expiring COPR holders had complained that they filled out the web forms but were not issued the letter, but instead they received generic responses saying that their file was in process. Consequently, many expired COPR holders were stuck in limbo, unable to make final departure plans in their home country or commence permanent settling plans in Canada. As of November 2020, IRCC had contacted about 6,000 of the approximately 10,000 cases of expired COPR holders, and had issued 500 authorization letters.

Canada warns against immigration document fraud and lying in your application