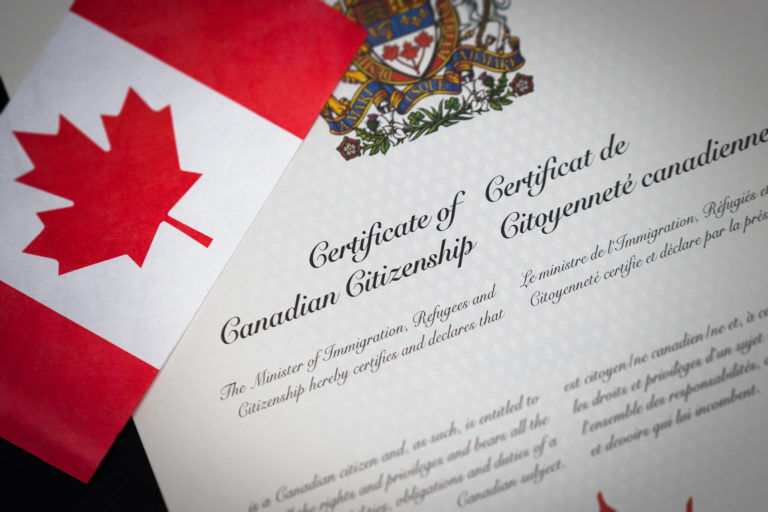 The government of Canada announced today that changes to Canada’s Oath of Citizenship have become law to recognize First Nations, Inuit and Métis rights.

According to the bulletin released by the government:

Taking Care: We recognize that our response to Call to Action 94 comes at a difficult time, and that our work can be an unwelcome reminder to those who have suffered through generations of government policies that harmed Indigenous peoples. We encourage anyone who needs support to reach out and know that help is always available through Hope for Wellness Help Line at 1-855-242-3310 (toll free) or the online chat at hopeforwellness.ca open 24 hours a day, 7 days a week. For immediate assistance, the National Indian Residential School Crisis Line is available 24 hours a day at 1-866-925-4419.

Canada’s Oath of Citizenship is more than words. It is a public declaration of belonging to our country and to our communities. That’s why the government has been hard at work over the past few years updating the Oath to include Indigenous peoples, through Bill C-8. This directly responds to the Truth and Reconciliation Commission (TRC) Call to Action 94.

The recent news of the findings in the area around the Kamloops Residential School is a stark reminder of the importance of this work and the reason why we need continue to deliver on the TRC’s Calls to Action.

The Honourable Marco E. L. Mendicino, Minister of Immigration, Refugees and Citizenship, today announced that Bill C-8 has received Royal Assent and is now law. As of today, Canada’s Oath of Citizenship officially recognizes First Nations, Inuit and Métis, and the obligation that all citizens have to uphold the treaties between the Crown and Indigenous nations.

The new Oath of Citizenship recognizes that Indigenous rights are both enshrined in section 35 of the Constitution Act, 1982, and that they derive from the historic use of this land by Indigenous peoples. As new Canadians recite the Oath, they will make a personal commitment to observe the Aboriginal and treaty rights of First Nations, Inuit and Métis peoples.

Reconciliation is a national project that involves all of us, including our newest citizens. Over the past few years, Immigration, Refugees and Citizenship Canada has been working to implement several of the TRC’s Calls to Action and educate newcomers about their unique role in reconciliation.

On June 14, we announced that Indigenous people can now reclaim their traditional names on passports and other documents, fulfilling Call to Action 17. In response to Call to Action 93, we have been working hard at updating Canada’s Citizenship Guide to ensure new citizens understand the role of Indigenous peoples in our past, present and future. We look forward to sharing the new guide with Canadians later this year.

“Canada’s Oath of Citizenship is a commitment to this country—and that includes the national project of reconciliation. This new Oath now includes Indigenous, Inuit and Métis rights, and will help new Canadians better understand the role of Indigenous peoples, the ongoing impact of colonialism and residential schools and our collective obligation to uphold the treaties. This is an important step on our shared journey of reconciliation.”

“The new language in Canada’s Oath of Citizenship is a concrete step forward on rebuilding relationships with Indigenous peoples as it responds to Call to Action 94 of the Truth and Reconciliation Commission. It is so important that new Canadians understand the rights and significant contributions of First Nations, Inuit, and Métis. We recognize that there is still much more work to do on our path of reconciliation and we will continue this critical work in partnership with Indigenous peoples.”

“We all have a role to play on the path to reconciliation and by creating understanding and awareness of Indigenous issues, new Canadians and Indigenous peoples will take us closer to implementing the Calls to Action—inclusion and embracing cultures. Implementing the Calls to Action is a vital component of the Government of Canada’s work to advance reconciliation, and Canada’s new Oath of Citizenship takes us one step closer.”

“Canada’s new Oath of Citizenship honours and recognizes the importance of Indigenous and treaty rights in Canada as well as the Government of Canada’s commitment to working together with Indigenous partners towards a renewed nation-to-nation relationship in the spirit of reconciliation and reaffirmation of rights.”

“I am pleased that the Government has taken action on the Truth and Reconciliation Commission Call to Action Number 94. Alone this may seem like a small step, but each step is important progress on the path to a more understanding and inclusive Canada.”