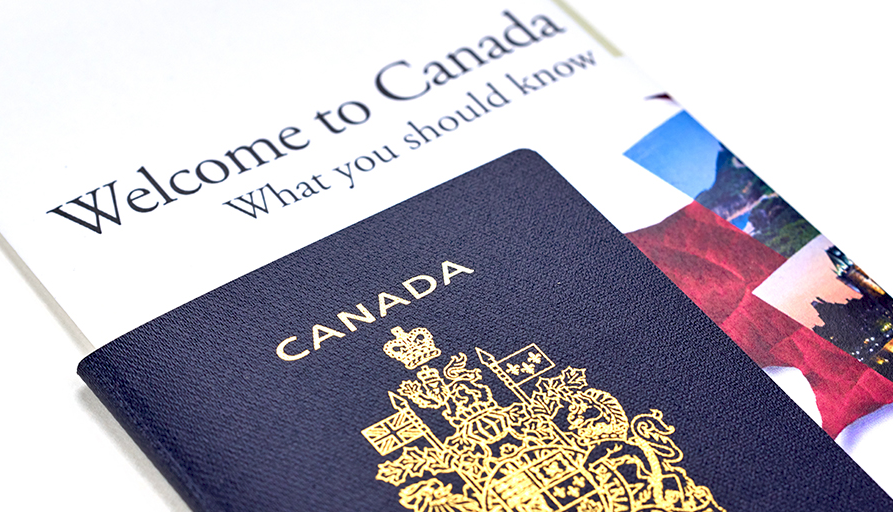 A new Environics Institute survey reveals that Canadians are now more supportive of record-breaking immigration to Canada than ever. They are also strongly supportive of Canada’s role in welcoming refugees from throughout the world.

Notably, Canadians understand the importance of immigration for the economy and that Canada should accept more immigrants.

The Environics Institute is a research agency that conducts public opinion surveys and collects data on Canadian issues such as the government or economy. Read survey at Survey data on Canadian’s opinions on immigration.

The survey found that more Canadians than ever are in favour of increased immigration. Nearly 70% of Canadians disagreed or strongly disagreed that Canada’s immigration levels were too high.

Canada’s immigration levels plan guides Canada’s immigration system. It outlines the number of immigrants Canada will look to welcome under its various federal, provincial, and territorial programs. IRCC then regularly adjusts operations to attract, settle, integrate, and retain the targeted levels of newcomers.

Perfect time to immigrate to Canada

That Canadians support surging immigration overwhelmingly indicates that it is the perfect time for you to apply for Canada immigration.

Canada needs immigrants in order to recover from the economic impact of the coronavirus pandemic. Consequently, Canada is looking for skilled workers and international students to help the recovery effort.

By far the most popular route to immigrate to Canada from Singapore is through Express Entry economic class immigration. Interested applicants are eligible for permanent residency based on their work experience, education, and other economic factors.

Family class immigration makes is the second most popular after economic programs. Canadian citizens and permanent residents can sponsor their spouses, common-law partners, children, parents, grandparents and others under this class.

And, refugees are able to come to Canada if they are referred by the United Nations High Commissioner for Refugees (UNHCR), a designated referral organization, or a private group.

Express Entry is a fast-track system that foreign nationals can use to become Canadian permanent residents (PR).

In each draw, IRCC issues candidates from the Express Entry immigration pool an Invitations to Apply (ITAs) for Canadian PR. Importantly, only a limited number of candidates with the highest CRS points in the pool get ITAs.

After IRCC approves your application and you complete the landing process, you will officially become a Canadian permanent resident.

How the Express Entry system works

Express Entry candidates are ranked by IRCC using the Comprehensive Ranking System (CRS). A total of 1,200 points are available under CRS. Out of that, 600 points are automatically awarded if you apply for and get a nomination under any of Canada’s Provincial Immigrant Nomination Programs (PNPs).

A job offer is not required to enter or be selected from the Express Entry immigration pool. However, you get additional CRS score points if you have a Canadian job offer at hand.

Only a limited number of candidates with the highest CRS points in the pool get Invitations to Apply (ITAs).

Canadian provinces do not have the ability to give out permanent residency status. However, they can nominate you for PR.

Under Canada’s Provincial Immigrant Nomination Programs (PNPs), provinces and territories nominate individuals for Canada PR who want to settle in their province. Each provincial program has its own unique selection criteria.

Of the total 1,200 points available under Express Entry, you immediately get 600 points if you are nominated by a province.

Kirsten has a bachelor’s degree. She has been working in the retail industry for five years. She has never worked or studied in Canada. She has the necessary Canada English or French language proficiency. Her Express Entry CRS score is 335. However, she recently obtained a provincial nomination through a PNP. As a result IRCC awards her additional 600 points. Consequently, her total CRS score jumps to 935 points! This is well above the minimum CRS score that Kirsten needs to get an invitation in an Express Entry draw.

An Express Entry candidate typically needs a CRS score of 470-490 points in a regular draw.

To emphasize, to get to these higher scores you need to maximize your points on all available factors.

See also Canada immigration document checklist – what you need to immigrate to Canada.