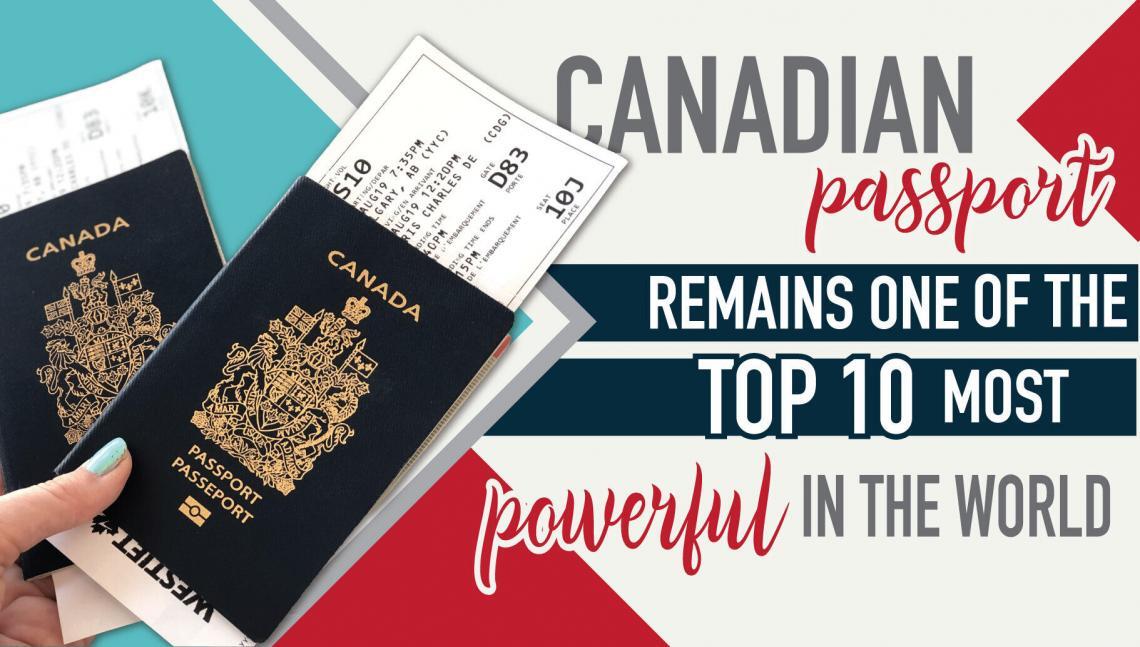 Canadian passport is in top 30 countries with high mobility. It is also in the group with 5th most powerful passports. The group includes the United States, the United Kingdom, France, Malta, the Czech Republic, Greece, Poland, and Hungary.

According to the Index, holders of a Canadian passport can travel visa-free to 97 countries. They can also travel to another 45 that only require a visa upon arrival.

In their index, Canada tied for the eighth-most powerful passport with Australia, with a visa-free score (VFS) of 184.

It places Canada into its eighth of 26 groups of the most powerful visas in the world. Canada had a visa-free score of 184 in the fourth quarter of this year.

According to their October update, the past 18 months of the pandemic resulted “in the widest mobility gap in its 16-year history.”

UAE is the world’s most powerful passport with a reach of 76 per cent of the world. Emirati citizens can travel visa-free to 95 counties.

New Zealand comes in second and its citizens can travel visa-free to 93 countries.

Canada is in the 5th most powerful group with France, Malta, Czech Republic, Greece, Poland, Hungary, U.K., and the U.S.A.