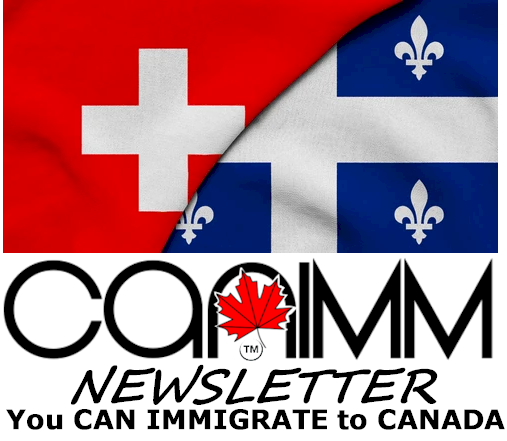 Under the agreement of June 14, Quebec and Switzerland will each accept the professional credentials of one another. The professions and fields include:

Quebec and Switzerland can later expand the number of occupations under the agreement.

The Swiss Federal Department of Economic Affairs, Education and Research said the agreement was based shared factors. These include:

Quebec is therefore “the perfect partner”.

In a statement, Switzerland also noted the agreement allows Swiss students to know even before they start school where they will be able to work once they graduate.

“Swiss training establishments are with this agreement boosting their visibility on the world stage,” notes the statement.

“Quebec and Switzerland both have established networks of world-class institutions of higher learning and highly-skilled professionals and so we are growing our pool of potential workers whose professional qualifications meet the standards set in Quebec,” said Nadine Girault, the province’s minister of inter-governmental affairs and the francophonie.

“This is the first time such an agreement has been signed between Switzerland and a partner outside the European Union,” tweeted Swiss government spokesman André Simonazzi in French.

“In the context of generalized scarcity, immigration is one of the options available to businesses,” he said. He also added that foreign skilled workers will be even more increasingly important over the coming years”

“This is excellent news for the Quebec economy!”