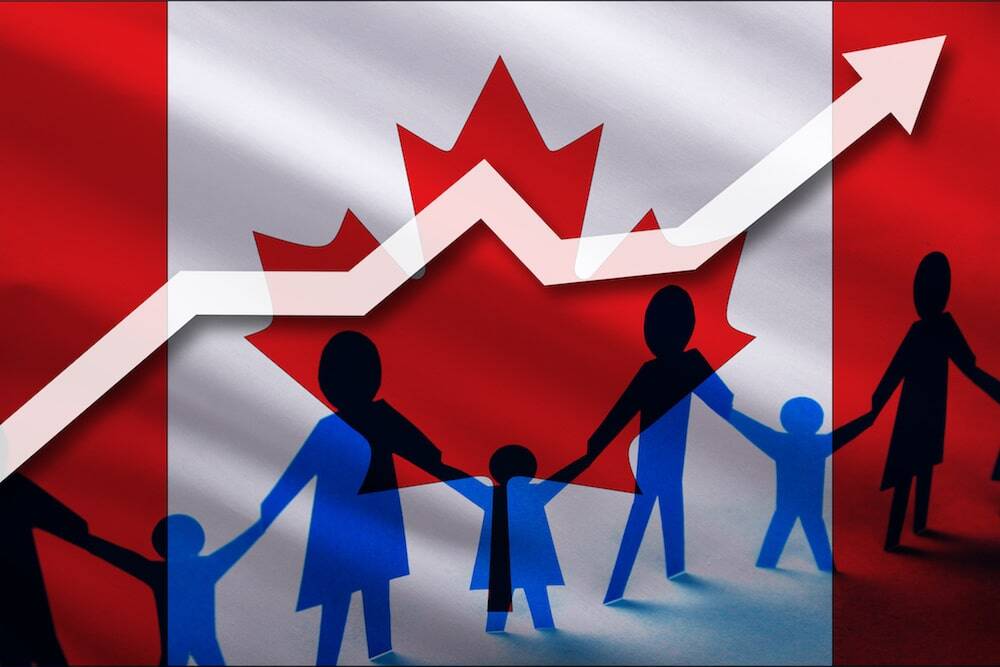 Over the coming three years, Canada will target the following number of new immigrant landings:

Impressively, that’s upwards of 20,000 more new permanent residents this year. It is also 26,000 more than were expected to arrive under the previous immigration levels plan.

See also Top 5 programs to immigrate to Canada and guideline.

The levels plan guides Canada’s immigration system. It outlines the number of immigrants Canada aims to land under its various immigration programs.

Canada’s strategy has been primarily to transition foreigners already within the country to permanent residence. Prior to the pandemic, most new immigrants arrived to Canada from abroad.

The majority of the newcomers will be transitioned to PR through Canada’s Economic Class, which includes the very popular and successful Express Entry system.

In the past few years, Canada has embraced ever more ambitious immigration targets in order to jumpstart the economy and also deal with massive labour shortages.

Canada needs immigrants in order to recover from the economic impact of the coronavirus pandemic. Consequently, Canada is looking for skilled workers and international students to help the recovery effort.

As well, more than 500,000 Canadian workers are 55 years old or over, with many retiring in the next decade. A recent RBC report suggests Canada will need to rely even more on immigration as job retirements and quitting increases.

As a result of its aging population and low birth rate, Canada needs higher levels of immigration to support its population, labour force, and economic growth. Canada also needs to have enough workers to pay the taxes necessary to support important social services such as health care and education.

See also Canada announced dramatic increases to Canada’s immigration levels for 2021 to 2023 and Canada to spend Millions on immigration to spark economic recovery.