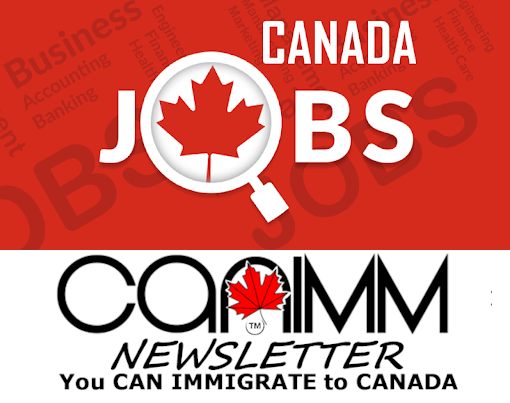 There was an increase of 186,400 vacancies between February and March 2022 alone.

There were more paid jobs in all but two of Canada’s 10 provinces in March 2022 than there were before the COVID-19 pandemic.

The job vacancy rate measures the number of vacant positions as a proportion of vacant and filled positions.

A record-low unemployment rate of 5.3 per cent and record high 88.6 per cent labour force participation rate resulted in an average of 1.2 unemployed people for each job vacancy in March, down from 1.4 in February and 2.6 in March 2021.

See Top 15 foreign workers jobs in demand in Canada for how to apply for temporary work permit and your pathways to Canada permanent residence as a skilled worker in any job.

Vacancies increased in accommodation and food services and retail trade

In the accommodation and food services sector, the number of vacancies rose 37.2% (+42,900) in March 2022. Following this increase, employers were seeking to fill a total of 158,100 positions. The job vacancy rate was 12.8%, the highest across all sectors for the 11th consecutive month (not seasonally adjusted).

According to Statistics Canada, employers in health care and social assistance were seeking to fill a record-high 154,500 vacant positions in March 2022, up 16.0% (+21,300) from February. The job vacancy rate climbed to a new high of 6.6% in March after plateauing at 5.8% during the previous three months.

The number of vacancies also rose to an unprecedented high (81,900) in the construction sector in March. The increase in the month (+26.6%; +17,200) followed five consecutive monthly declines and the job vacancy rate reached a record high of 7.3%, up 1.3 percentage points from February.

There was an average of 1.2 unemployed people for each job vacancy in March 2022, down from 1.4 in February and from 2.6 one year earlier (not seasonally adjusted). Statistics Canada said this decline coincides with a number of Labour Force Survey indicators which pointed to an increasingly tight labour market. This included a record-low unemployment rate of 5.3% and a record-high core-age (aged 25 to 54 years) labour force participation rate of 88.6% (data from the Labour Force Survey are seasonally adjusted).

The unemployment-to-job vacancy ratios varied across Canada, with the lowest ratios in Quebec (0.8) and British Columbia (0.8), and the highest in Newfoundland and Labrador (4.3). A lower ratio indicates a tighter labour market and possible labour shortages.

“All provinces, with the exception of Alberta, which saw a drop of 12,700 paid jobs, and Newfoundland and Labrador, which saw a decline of 1,700, had, in March, surpassed their payroll employment level in February 2020, before the COVID-19 pandemic,” according to Statistics Canada.

Seven provinces recorded payroll employment increases, while there was little change in Manitoba, Nova Scotia and Saskatchewan. All provinces, with the exception of Alberta (-12,700; -0.6%) and Newfoundland and Labrador (-1,700; -0.8%), surpassed their February 2020 numbers (before the COVID-19 pandemic).