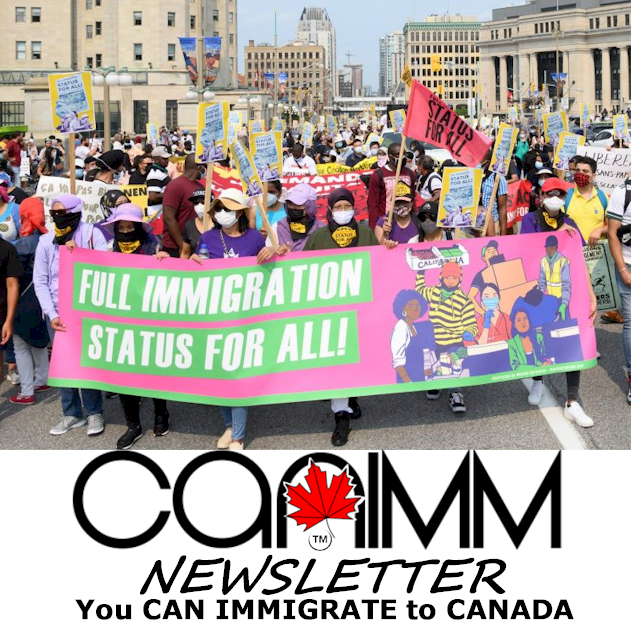 Canada to announce pathways to PR for undocumented immigrants

New pathways to PR for undocumented immigrants in Canada is a recognition of the economic contribution of long-term undocumented workers. It will also address their vulnerabilities due to lack of immigration status.

The details will include skill and educational levels, number of applications and policy timelines.

In December of 2021, Prime Minister Justin Trudeau mandated the minister to “build on existing pilot programs to further explore ways of regularizing status for undocumented workers who are contributing to Canadian communities.”

Fraser is the head of Immigration, Refugees and Citizenship Canada (IRCC) department, reponsible for Canada immigration.

The Toronto Star quoted an IRCC source familiar with the pathways to PR for undocumented workers policy development:

We’re absolutely committed to delivering on this mandate item. The work is currently underway to deliver and build on our existing programs to explore ways of regularizing status for undocumented workers in Canada.

IRCC says that it is in the exploratory phase of considering options to implement the commitment in the mandate letter. IRCC reiterates its commitment to provide PR pathways to undocumented workers who are contributing to Canadian communities. See IRCC – Undocumented Populations – March 3, 2022.

Who are Canada’s undocumented immigrants?

Undocumented immigrants are people who have no authorization to reside and/or work in Canada. In short they are illegal immigrants to Canada.

The majority become undocumented by falling out of status. This happens when they cannot meet eligibility criteria for existing immigration programs after lawfully entering Canada, and have overstayed their authorized period of stay.

Only a small portion of undocumented immigrants unlawfully entered Canada.

Undocumented immigrants – including workers – are those who have arrived in Canada without first applying as:

How many undocumented immigrants are in Canada?

There are no precise estimates of undocumented immigrants in Canada. However, various academic estimates range between 20,000 and 500,000 individuals.

Undocumented immigrants are typically hidden in the population because of fear of detection and deportation.

As well, undocumented immigrants in Canada are a vulnerable group due to their lack of immigration status. They have limited access to health care, social services or employment protections. They were a primary groiup affected by the COVID-19 pandemic.

Furthermore, undocumented immigrants work situations present higher risks for employer abuse and exploitation. This is due to lack of legally work agreements that make accessing labor protections difficult. Undocumented immigrants are unlikely to report abuse to authorities for fear of deportation.

Advocacy for pathways to PR for undocumented immigrants

“We want full regularization for everyone, without exception because everyone is essential, whether it’s people who have worked in the health sector or people in grocery stores, butcher shops or recycling pickup. They worked three times as hard, but they aren’t paid as well,” Mohamed Barry, a representative of Guinéens unis pour un statut, who obtained his permanent residence last year, after eight years “of fighting.”

“Because of our situation, we don’t have access to health care, social assistance, or legal work. It’s still the most important thing for a human being here, right?” said their spokesperson, Samira Jasmin. Samira Jasmin herself has been trying to regularize her undocumented status since arriving from Algeria eight years ago.

Humanitarian requests for pathways to PR for undocumented immigrants

The Migrant Rights Network, a Canadian anti-racist, migrant justice alliance, recently revealed that the rate of rejection of permanent residence applications in Canada on humanitarian grounds doubled since 2019.

“For those without status, the only way out is humanitarian demand,” Jasmin said.

“It also expresses a little the despair of these people because they seek by all legal means to be able to have a normal life”, added Adboul Kan of Solidarity Across Borders.

How to immigrate to Canada from Singapore after coronavirus pandemic