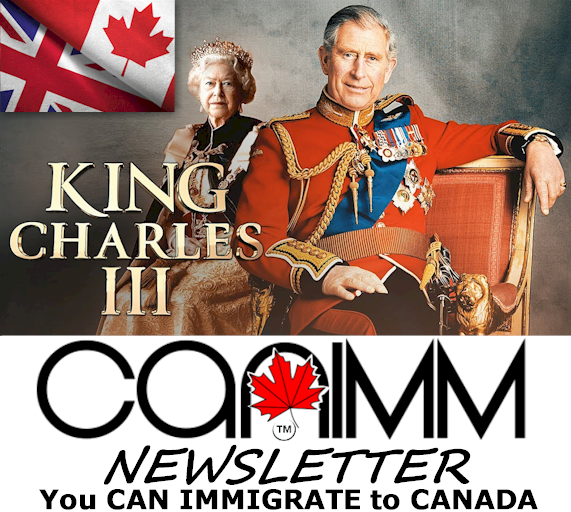 In order to become Canadian citizens, permanent residents must attend a citizenship ceremony and take the Canada Oath of Citizenship.

Since 1947, the law has required new Canadian citizens to swear the oath of citizenship to the monarch and their successors. While the wording has changed on a few occasions since Queen Elizabeth’s reign began, new Canadians have been swearing their oaths to her for 70 years now.

Immigration, Refugees and Citizenship Canada (IRCC) says that when a monarch dies, the oath is changed to reflect the fact that Canada has a new sovereign.

Only one hour after the passing of Queen Elizabeth, the text of the ceremony for several new Canadian citizens was quickly updated. Roberto Rocha, a reporter with the Investigative Journalism Foundation and a former CBC journalist, reported witnessing his friend take the oath in a series of tweets on Thursday.

“The presiding judge is mentioning the Queen now. Said the Monarch is now King Charles III, King of Canada,” Rocha said in one tweet.

The reference to Her Majesty in the Oath of Citizenship was amended to refer to King Charles III. This change was made in accordance with the Interpretation Act and applies to all citizenship ceremonies going forward.

“Canadians have, by their own endeavours, built a country and society which is widely admired across the world. I am fortunate to have been witness to many of the developments and accomplishments of modern Canada. As Queen of Canada for nearly six decades, my pride in this country remains undimmed.” Her Majesty the Queen, Halifax, Nova Scotia, June 28, 2010 on the 2010 Royal Tour of Canada by Her Majesty the Queen and His Royal Highness the Duke of Edinburgh.

Who has to take the Canadian Citizenship Oath?

According to the IRCC, adults and children aged 14 or over must go to the citizenship ceremony and take the oath.

During the ceremony, you will:

A citizenship judge or official will preside over the ceremony and lead the Oath of Citizenship.

Want to immigrate to Canada from South Africa after COVID-19 Pandemic?