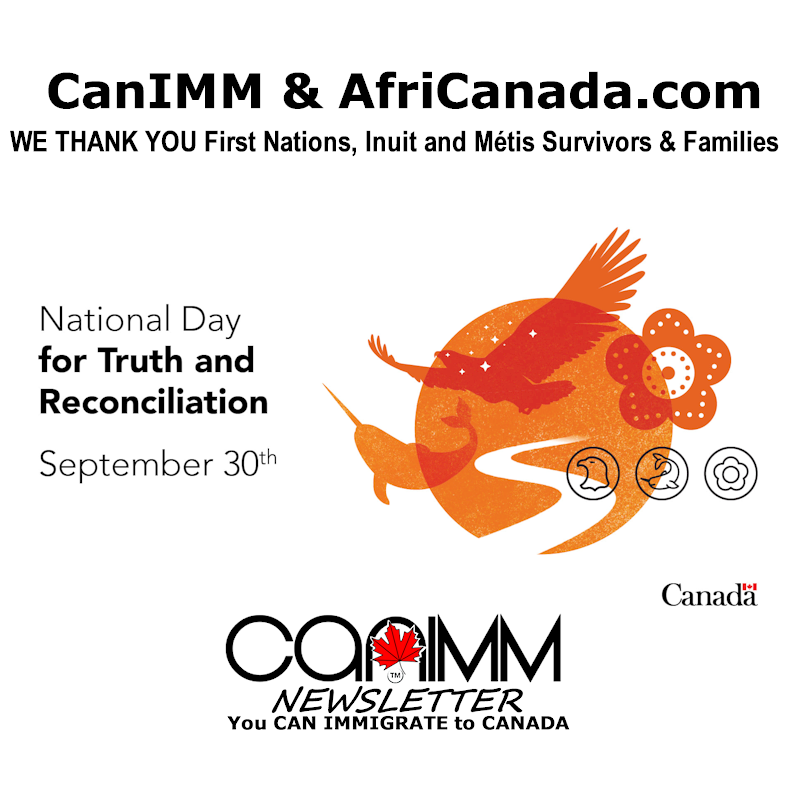 Every September 30th, our Canadian immigration media team thanks First Nations, Inuit and Métis Survivors & Families on this day to mark the Canada National Day for Truth and Reconciliation.

Today again, we stand with Canada’s indigenous people to honour your children who never returned home from Canada’s residential schools, as well as their families and communities.

We also thank you for pressaging these lands before any immigrants landed on your shores. Thank you!!

The treatment of children in Canada’s Indian Residential Schools ranks in the top saddest chapter in Canada’s history.

For more than a century, Indian Residential Schools removed over 150,000 Aboriginal children from their families and communities. In the 1870’s, the federal government, partly in order to meet its obligation to educate Aboriginal children, began to play a role in the development and administration of these schools.

Two primary objectives of the Residential Schools system were to remove and isolate children from the influence of their Aboriginal homes, families, traditions and cultures, and to assimilate them into the dominant culture.  These objectives were based on the assumption that their cultures and spiritual beliefs were inferior and unequal. Indeed, some sought, as it was infamously said, “to kill the Indian in the child”.

According to Government of Canada’s information:

One hundred and thirty-two federally-supported schools were located in every province and territory, except Newfoundland, New Brunswick and Prince Edward Island.  Most schools were operated as “joint ventures” with Anglican, Catholic, Presbyterian or United Churches.  The Government of Canada built an educational system in which very young children were often forcibly removed from their homes, often taken far from their communities.  Many were inadequately fed, clothed and housed.  All were deprived of the care and nurturing of their parents, grandparents and communities.  First Nations, Inuit and Métis languages and cultural practices were prohibited in these schools.  Tragically, some of these children died while attending residential schools and others never returned home.

The government now recognizes that the consequences of the Indian Residential Schools policy were profoundly negative and that this policy has had a lasting and damaging impact on Aboriginal culture, heritage and language.  While some former students have spoken positively about their experiences at residential schools, these stories are far overshadowed by tragic accounts of the emotional, physical and sexual abuse and neglect of helpless children, and their separation from powerless families and communities.

Between 1867 and 1996, 140 federally run residential schools operated in Canada. Survivors advocated for recognition and reparations and demanded accountability for the intergenerational impacts of harms caused.

The concerted efforts culminated in the Indian Residential Schools Settlement Agreement
apologies by the government and establishment of the Truth and Reconciliation Commission.

The Truth and Reconciliation Commission ran from 2008 to 2015. It provided those directly or indirectly affected by the legacy of the residential schools policy with an opportunity to share their stories
and experiences.

The Commission released its Call for Action report with 94 items for action. The National Day for Truth and Reconciliation is a direct response to Call to Action 80. It called for a federal statutory day of
commemoration.

Established as part of the reconciliation, the National Centre for Truth and Reconciliation is now the
permanent archive for the statements, documents and other materials the Commission gathered.