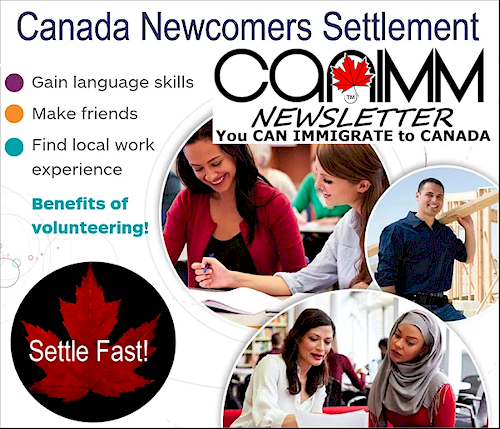 Immigration, Refugees and Citizenship Canada (IRCC) announced that it is investing over $14.3 million for more immigrant settlement services in the three Prairie provinces of Alberta, Saskatchewan and Manitoba.

The goal of Canada immigration settlement services is to help newcomers with support and referrals to successfully settle into their new communities.

These services are also key to enhancing access to support services for refugees in smaller and rural communities. Key among which are to provide newcomers with the tools to succeed in Canada.

Canada immigration settlement services are available to immigrants within their first six weeks of arrival in Canada.

The program provides newcomers with direct financial support and funds service provider organizations that deliver immediate and essential services.  Financial supports also include one-time start-up allowance and monthly income for up to one year.

“Settlement services play a fundamental role in our immigration system. They’re the key ingredient of a newcomer’s success in Canada—whether it’s help getting a job, finding a place to live or learning English or French. With immigration playing a central role in our post-pandemic recovery, these findings will help us ensure that every new Canadian has what they need to thrive in this country.”

IRCC manages RAP, in collaboration with over 570 local service provider organizations across Canada (outside of Quebec).

All Canadian permanent residents and protected persons are eligible for IRCC-funded settlement services.

Canada is top country for immigrant settlement and integration services

Canada has a proud tradition of being an international leader in immigrant resettlement and integration.

In 2021 Canada released a report that highlights how newcomers can use settlement services. The report is a high-level analysis and summary of the immigrant experience in Canada. See Settlement Outcomes Highlights Report (PDF, 4.2 MB)

The report examined the successes and challenges of Canada newcomers from 2015 to 2019. The report focused on newcomers use of settlement services under RAP.

According to the report newcomers:

Canada needs immigrants in order to recover from the economic impact of the coronavirus pandemic. Consequently, Canada is actively looking for skilled workers and international students to help the recovery effort.

IRCC’s Canada immigration settlement services aim to further stimulate immigrants to come to Canada and assist them to happily and successfully settle in.

The three Prairie provinces of Alberta, Saskatchewan and Manitoba are popular among immigrants. This is because of their high demand for foreign skilled workers and international students. These are some of Canada’s provinces hit hard by the COVID pandemic.

Each province has a provincial immigrant nomination program (PNP) to select candidates to settle in the province to help recover from severe labour shortages.

How does PNP nomination help your Canada permanent resident application?

For example, Halley entered the Express Entry pool with a CRS score of 365. However, he recently obtained a provincial nomination from Manitoba province. As a result IRCC awards him additional 600 points.

Consequently, Halley’s total CRS score jumps to 965 points! Halley is virtually guaranteed to get an invitation to apply for permanent residence from IRCC.