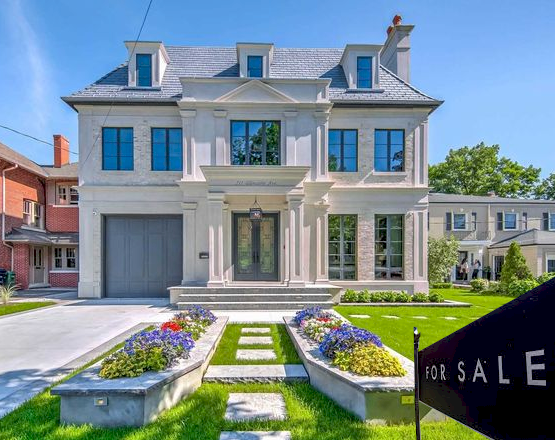 Canada foreign home buyer ban announced in Budget 2022 – April 08, 2022. The government is banning foreigners from buying homes in Canada for two years to cool off a hot housing market.

Speculative demand from foreign investors is in part to blame for record home prices in major metropolitans in Canada. The ban prohibits foreigners from acquiring non-recreational, residential property in Canada for a period of two years.

The government does not want rising house prices to push working-class and young Canadians out of the real estate market. According to Finance Minister Chrystia Freeland:

“We will make the market fairer for Canadians. And we will prevent foreign investors from parking their money in Canada by buying up homes. We will make sure that houses are being used as homes for Canadian families. Rather than as a speculative financial asset class.”

To discourage speculation further, the government also announced higher taxes for people who sell their home within a year.

The government is under pressure to cool an overheated market after prices climbed by more than 20% last year. And rental rates have also been rising.

According to federal finance department, foreign investors are fueling housing costs in cities like Vancouver and Toronto. This is pricing Canadians out of the housing market in cities and towns across the country.

This perception and concern have been around for some time. It is also a hot political issue resulting in provincial government efforts to discourage it. In 2016, British Columbia introduced a 15 percent tax on home and condo purchases by foreign buyers. In March 2022 Ontario raised its own tax to 20 percent and extended it to cover the entire province.

Canada to double new homes over next decade

The budget also includes billions for new housing to double the number of new homes over the coming decade. These include new homes in cooperation with provincial and territorial governments, municipalities, and private and non-profit sectors. The budget will also help local governments update their systems to allow faster construction of new properties.

The budget also proposes measures to help Canadians trying to get into the market, including:

The government’s ban may face challenges under the Charter of Rights and Freedoms for discriminating on the basis of nationality. And it may be difficult for the government to justify such discrimination, considering questions about the effectiveness of a ban.

The ban may also raise compliance questions under the U.S.-Canada-Mexico Trade Agreement for discriminating against American and Mexican buyers.

Several economists disagree that the effect of foreign buyers on prices is as significant as many people may believe. Even in Vancouver and Toronto. The ban may penalize a certain group of people while providing only small benefit to the public.

Data on foreign purchases of homes in Canada is limited. But enough research suggests they amount for a small fraction of the market.

“I don’t think it’s going to have a huge impact,” said Ben Myers, president of Bullpenn Research & Consulting in Toronto. Myers found that foreigners accounted for just 1% of purchases in 2020, down from 9% in 2015 and 2016. Myers said the soaring housing costs reflect strong population growth and a shortage of supply. This is due in part to rules that restrict development.

Tsur Somerville, an associate professor at Sauder School of Business, University of British Columbia, specializes in real estate economics. The New York Times quoted Somerville that housing price increases during the pandemic contradict the assumptions underlying this ban. During the pandemic it was very hard to be a foreign buyer of real estate in Canada because of travel restrictions. Yet this was when house prices had their largest increase over the last 10 years. After BC imposed its tax, prices fell by only 3 to 5 percent in Vancouver neighborhoods, he noted.

The NYT also noted that Joshua C. Gordon, adjunct professor at Simon Fraser University in British Columbia, reached similar conclusion. In a 2020 publication, Gordon noted that foreigners are not making housing less affordable in the way a ban seeks to address. Instead, many purchases are by Canadian residents or citizens on behalf of relatives or other people living overseas. The foreigners provide the money behind the deals but bans do not block such transactions.

“What matters is not so much citizenship but rather the source of funds for real estate purchases,” Gordon wrote.