Note that the assessment of foreign educational credentials will not mean that FSWs will automatically find employment in Canada commensurate with their skills nor will it guarantee that they will become licensed to practice in a regulated occupation.

Video opens with a blue background and upbeat music playing, both of which remain throughout the video.

Five graphic representations of people (three red female figures alternating with two blue male figures) appear from the left side of the screen. The text “Federal Skilled Worker Program” appears above the figures with a small red maple leaf centred above the text.

The text and maple leaf are removed from the screen and the five figures rotate to appear as though they are lined up diagonally on the left side of the screen. Beside the line of figures, the numbers “1”, “2” and “3” appear in red circles in a vertical row on the right side of the screen.

The figures and numbers are removed from the screen and are replaced by a graphic representation of an immigration counter at which a person stands on one side holding a document in their hand while an official wearing a uniform hat stands on the other side of the counter. A blue suitcase is on the ground.

A large white maple leaf appears in the background behind the immigration counter icon and remains as part of the background for the rest of the video. The immigration counter icon rotates and disappears, replaced by an icon of scales that rotates into the same position over the maple leaf. A small red maple leaf icon in a white circle appears over the left side of the scale. An icon of a square graduation cap with a tassel appears in a white circle over the right side of the scale.

Narrator: “If you apply to immigrate to Canada, an organization approved by the Government of Canada must assess your foreign education against Canadian standards.”

The scale, maple leaf and graduation cap icons disappear. They are replaced by a graphic of a computer screen inside of which a graphic representation of a Web page appears, showing three lists and a maple leaf centred on the top.

Narrator: “Citizenship and Immigration will use this assessment to give you points for education in your immigration application.”

The computer graphic’s screen is cleared and a maple leaf icon appears on the left side of its screen with three lines representing a list with checked boxes at the end of each item appearing on the right side of the screen.

Narrator: “Along with other criteria, these points will help to determine if you qualify to immigrate under the Federal Skilled Worker Program. You can find more information on the application points system on our website.”

The computer graphic’s screen is cleared again with the exception of the maple leaf that remains on the left-hand side. A globe appears on the right-hand side. The graduation cap reappears between the two icons on the screen with a bar graph below it.

Narrator: “Your assessment will show how your foreign education compares to a Canadian education. Here is what you have to do.”

The computer screen graphic spins around. When it settles back into position, its screen now shows a graphic representation of a website with a small red maple leaf in a white box at the top. The website address “www.cic.gc.ca” appears above the computer graphic.

Narrator: “Go to our website. Type ‘Educational Credential Assessment’ or ‘ECA’ in the search box.”

The small maple leaf disappears from the white box on the computer graphic’s screen and is replaced with the letters “ECA” and a magnifying glass icon–indicating that this is a search box. Three lists then appear below the search box.

Narrator: “You will find a list of approved organizations to choose from.”

At the top of each of the three lists, an icon appears. From left to right, the icons are: a science beaker, a wrench and a medical bag. A mouse cursor appears and clicks on the medical bag icon.

Narrator: “There might be a professional organization specific to your intended occupation. If there is, you must choose it.”

Narrator: “If there isn’t, choose from one of the general organizations listed.”

The icon of three people stops rotating, becomes smaller and moves to the top of the computer graphic’s screen, where this icon then becomes the header of the graphic representation of a new website.

The website graphic moves to the left side of the computer graphic’s screen while the right side is filled with three icons representing documents.

Narrator: “This website will tell you what documents you must provide to have your education assessed.”

Narrator: “It will also tell you the cost of this assessment and how long it will take.”

The dollar sign and stopwatch icons are both removed from the computer graphic’s screen. They are replaced by an icon representing a report that has a bar graph icon in the top left corner, a graduation cap icon in the top right corner and lines representing text below.

Narrator: “The organization will send you an original Educational Credential Assessment, or ECA, report.”

The report icon becomes smaller and moves to the top left of the computer graphic’s screen. The scale icon from earlier in the video reappears in the centre and a maple leaf icon appears on the right side of the scale.

Narrator: “Your report must show that your foreign education is equivalent to a completed Canadian education in order to apply.”

Four smaller maple leaf icons appear one by one above the scale representing points being awarded.

Narrator: “Points will be awarded according to how your education compares to a completed Canadian program of study.”

The icons of the scale and maple leaves disappear. The report icon increases in size to once again fill the computer graphic’s screen.

Narrator: “You must include this report in your immigration application.”

Three iconic representations of figures appear on screen (two blue figures representing men with one red female figure in between).

Narrator: “Please keep in mind that your assessment is for application purposes only.”

Above each figure, a different icon appears (from left to right: a wrench, a science beaker and a medical bag). Each icon is then covered by a red circle with a line going through it.

Narrator: “Your assessment does not guarantee a job in your skills area or at your level of experience.”

Two of the figures (a male and female) and all of the encircled icons are removed, leaving only one male figure on the left of the screen. The medical bag icon reappears from the right and settles at the bottom of the screen. From the medical bag, a license document appears.

Narrator: “Also, if you intend to work in a profession that requires a license in Canada, you will still need to apply for that license.”

The license icon returns to the medical bag, which is then removed from the screen.  The male figure moves to the centre of the screen. As the narrator lists specific professions, an icon representing each profession appears in a circle above the figure (from left to right, they are: a drafting compass representing engineering, a textbook representing teaching and a tooth representing dentistry).

Narrator: “A few examples of such professions include engineering, teaching or dentistry.”

The profession-related icons are replaced by question marks in the circles above the figure.

Narrator: “Do you have questions? Our website has answers.”

The encircled question mark icons rotate and disappear, replaced by a maple leaf icon, with the following website address: www.cic.gc.ca. Below the website address, a website search box with a magnifying glass icon appears, and the text “ECA” appears to be typed into the box.

The figure moves to the left of the screen. On the right side of the screen, three lines appear with a question mark at the end of each, representing search results.

Narrator: “Type ‘ECA’ in the search box to find the list of approved educational credential assessment organizations and to get help choosing an approved organization.”

The question marks at the end of each line change to checked boxes. The lines then disappear and three more figures appear on screen so that there are four in total–two blue male figures alternated with two red female figures.

Narrator: “You will also find answers to common questions about this new requirement and more details about the Federal Skilled Worker Program.”

The Citizenship and Immigration Canada logo appears over a white background.

The logo disappears and is replaced by the following text at the bottom of the screen: © Her Majesty the Queen in Right of Canada, represented by Citizenship and Immigration Canada 2013.

The text disappears and is replaced by the Canada wordmark in the centre of the screen.

Screen fades to black as the video ends. 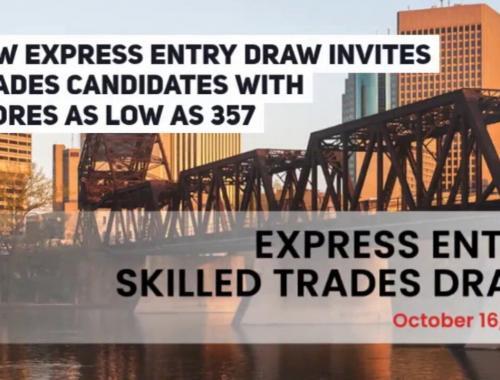 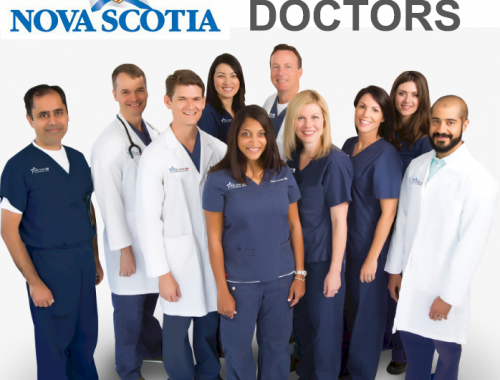