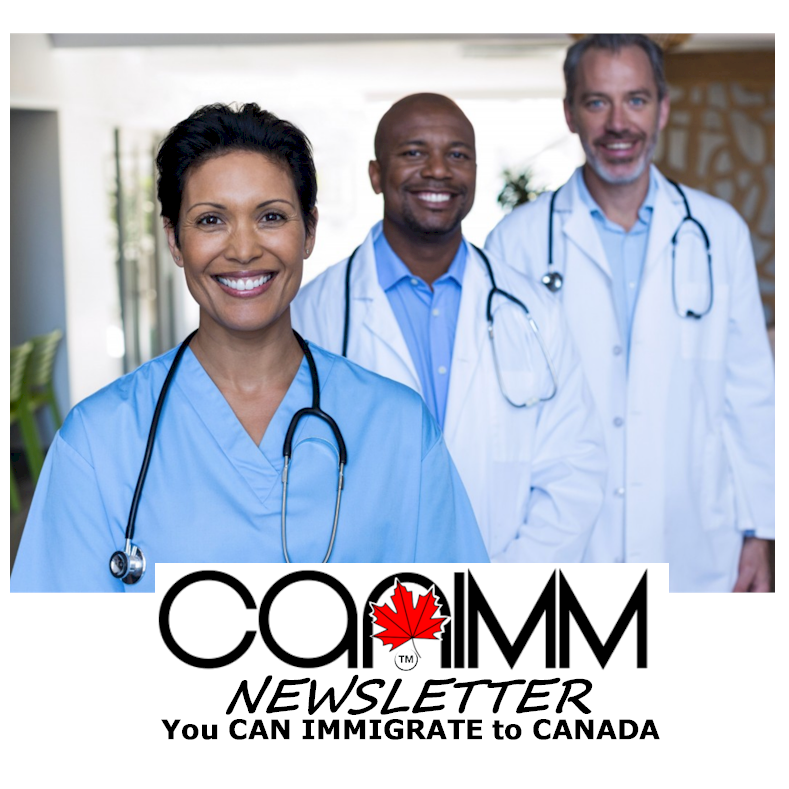 Canada doctor shortages is a crisis

Canada is facing severe labour shortages in the healthcare sector. In early 2022, the Canadian Medical Association (CMA) alerted that the need for more healthcare workers in the country is at a critical point. The CMA warned:

“Two years into the pandemic, organizations representing health workers across the country are sounding the alarm that Canada’s health care system is collapsing.

Without immediate action, there is little to hope for in the future. While Canadians are starting to see the light at the end of the tunnel and public health measures are being loosened, the same cannot be said for health workers.

On top of severe exhaustion and burnout from working through two years of COVID-19, healthcare workers now face both massive system backlogs and a shortage of colleagues to cope with demands.”

To facilitate this, Canada has been actively improving healthcare workers immigration and foreign credential recognition. These improvements include creating more residencies for international medical school graduates.

In September, Minister of Immigration Sean Fraser announced changes to the express entry system to boost the number of foreign-trained doctors who want to come to Canada. Fraser said that doctors would receive an exemption to allow them to apply for the federal express entry system.

Previously, Express Entry was not available to foreign doctors because it isn’t open to people who are self-employed. Because many doctors work using a fee-for-service model, they were precluded from being able to apply for the express entry system.

In each draw, IRCC issues candidates from the Express Entry immigration pool an Invitations to Apply (ITAs) for Canadian PR. Importantly, only a limited number of candidates with the highest Comprehensive Ranking System scores in the pool get ITAs.

After IRCC approves your application and you complete the landing process, you will officially become a Canadian permanent resident.

Fraser said he expects foreign-trained doctors would generally score high in the system now that they have access. It is open to people who are temporarily in Canada now and those working outside the country who wish to come here.

“We’re going to be sending a signal to the world that we want you to come to Canada and we want you to know that you’ve got a pathway to permanent residency that is much faster than many economies around the world.”

Before a foreign-trained physician can practice in Canada, they must have their qualifications recognized by the appropriate Canadian bodies.

In Canada, regulation and licensing to practise medicine happens at the provincial level. The federal government is encouraging the provincial governments to improve the process by offering funding to help with the work. The last federal budget included $115 million for that effort.

And in June 2022, Canada announced a $1.5 million project to help foreign healthcare workers get their credentials assessed and recognized in Canada.

The key aims of the project include:

BC will provide $9 million in bursaries to help foreign-trained nurses pay for credential assessment fees. That will benefit about 1,500 nurses in the first year alone.

Those bursaries will range from $1,500 to $16,000, depending on the credential assessment or upgrading.

The College of Physicians and Surgeons of Nova Scotia recently announced changes to streamline the process of evaluating foreign-trained doctors. Other provinces are also working on that effort.

A major hurdle for foreign medical graduates to practicing medicine in Canada is the lack of residency spots.

In response to the health-care crisis, the College of Physicians and Surgeons of Ontario (CPSO), the Ontario Medical Association (OMA) and the Ontario Fairness Commissioner, have all recommended increasing access for internationally educated physicians (IEPs) and expanding residency positions for IEPs.

Foreign nationals aspiring to practice medicine in Canada must get a medical degree from a school accredited by Canada. You can see if your medical school is listed in the World Directory of Medical Schools. Find your school in that online directory for “Canada Note”. This means medical degrees obtained from this medical school are acceptable to the provincial and territorial medical regulatory authorities and all medical organizations in Canada.

The newly-graduated doctor must then pass the Medical Council of Canada Qualifying Examination (MCCQE) Part 1 exam. They must also pass the National Assessment Collaboration (NAC) Examination, which assesses their readiness for a Canadian residency program.

After that, the foreign-trained doctor has to apply for a Canadian work permit with the IRCC and apply for a post-graduate residency spot through the Canadian Resident Matching Service (CaRMS). CaRMS is the national organization that matches medical school students with postgraduate training residencies accross Canada.

Foreign-trained doctors who succeed in obtaining residency spots will then be supervised by a Canadian medical school for at least two years. After that they will take their certification exam in family medicine and getting their certification to join the College of Family Physicians of Canada (CFPC).

The final step is for the foreign-trained doctor to apply for a license from a provincial or territorial medical regulator to practice family medicine there.

How to work in Canada without LMIA from your employer