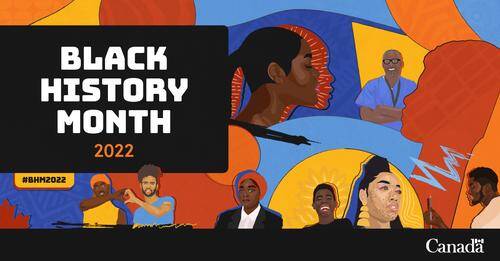 Every February, Canada hosts Black History Month events and festivities that honour the legacy of Black Canadians and their communities.

The theme focuses on recognizing the daily contributions that Black Canadians make to Canada.

Black Canadians and their communities have been a part of shaping Canada’s heritage and identity since the arrival of Mathieu Da Costa, a navigator, and interpreter, whose presence in Canada dates back to the early 1600s.

The role of Black Canadians and their communities has largely been ignored as a key part of Canada’s history. There is little mention that many Loyalists who came here after the American Revolution were people of African descent. Nor that many soldiers of African descent made many sacrifices in wartime as far back as the War of 1812.

Few people are aware of the fact that African people were once enslaved in what is now known as Canada. Or of how those who fought enslavement helped to lay the foundation of Canada’s diverse and inclusive society.

Black History Month is a time to learn more about these Black Canadian stories and their important contributions to Canada.

The commemoration of Black History Month in North America dates back to 1926. Then, Harvard-educated African American historian Carter G. Woodson made a brave proposal. He proposed setting aside a time devoted to honour the accomplishments of African Americans. The time would also be used to heighten awareness of Black history in the United States.

This led to the establishment of Negro History Week in 1926. Celebrations of Black history began in Canada shortly thereafter. During the early 1970s, the week became known as Black History Week. It was expanded into Black History Month in 1976.

In December 1995, the House of Commons officially recognized February as Black History Month in Canada. This following a motion introduced by the first African Canadian woman elected to Parliament, the Honourable Jean Augustine. The House of Commons carried the motion unanimously.

In February 2008, Senator Donald Oliver introduced the Motion to Recognize Contributions of Black Canadians and February as Black History Month. It received unanimous approval and was adopted on March 4, 2008. The adoption of this motion completed Canada’s parliamentary position on Black History Month.

The story of Abraham D. Shadd is a historical example of how Canada was built on immigration.

Black abolitionist Abraham D. Shadd came to Buxton, the Province of Canada in 1853 after America passed the Fugitive Slave Act. He quickly emerged as a leader, turning Buxton into one of the most successful Black refugee colonies.

Buxton, a thriving Black community, was founded by William King. King was an American who had inherited 15 slaves and moved to Canada in 1849 to free them. The area (in what is today’s Municipality of Chatham-Kent) became known as Buxton, after British abolitionist Sir Thomas Fowell Buxton.

King’s former slaves were among the town’s first residents. The arriving Black families purchased 50-acre lots to clear and farm, and the town thrived.

A free man, Shadd raised his children in Westchester, Pennsylvania to receive a good education at a Quaker school. (They would go on to careers in law, journalism, teaching and medicine.)

Shadd’s move north was motivated in part by the Fugitive Slave Act. The United States Congress passed the Act in 1850. It allowed slave and bounty hunters to capture escaped slaves and free men and return them to bondage. Convinced of the opportunities, Shadd moved to Buxton with his family in 1853 to build a new life.

Rising to the top

By the time Shadd arrived, Buxton had a sawmill and grist mill. It also had potash and pearl-ash factories, a brickyard, a blacksmith shop, a hotel and a dry-goods store. But it didn’t take Shadd long to establish himself and emerge as a leader in the growing community. Shadd built a public school on his own family farm. And he also provided the funds to keep it operating as needed. He became the first Black man elected to public office in Canada with his election to the Raleigh Township council.

Shadd made his own tools and equipment available to area farmers as needed, helping them to prosper as well. When the nearby railroad wouldnt reimburse farmers for crops lost to railroad fires, he led a campaign for compensation. He lost the battle, but funded the legal costs himself.

Shadd eventually served as deputy returning officer in Raleigh Township elections. He was also a member of the Masonic Lodge. He contributed significantly to the Lodge work when former slaves were flocking to southwestern Ontario in search of freedom.

The Shadd family hub remains in North Buxton to this day. Shadd’s descendants share his natural aptitude for leadership, gravitating to influential positions and continuing the tradition of philanthropy.

As for Buxton itself, it would go on to become one of the most successful Black refugee colonies. Many graduates of its school became teachers, doctors, lawyers, legislators and other professionals. Its population peaked at more than 2,000 residents. Almost all were descendants of freed and fugitive slaves who had escaped the United States via the Underground Railroad.

Learn how Black History Month came to be recognized in Canada.

Explore the organizations and resources that promote awareness of Black history in Canada.

The legacy and impact of Black Canadian women’s organizations

Learn about the impact that Black Canadian women organizations have had on their communities, and how they advanced equality and human rights.

Learn more about the Black experience in Canada through the events and contributions made by people of African and Caribbean descent to the settlement, growth and story of Canada.