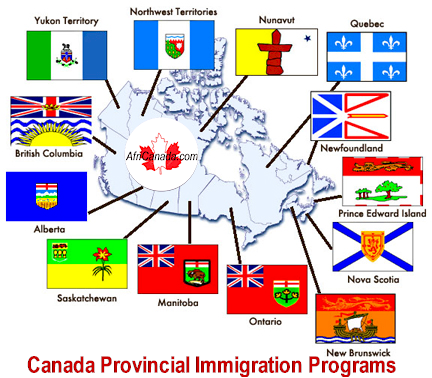 What are the best PNPs in Canada?

People often ask “what are the best PNPs in Canada” or “what are the top 3 PNPs in Canada”. Provincial Nominee Programs (PNPs) provide an option to immigrate to Canada for individuals who do not have enough points to be selected under the federal Express Entry system or not eligible for any other immigration category. These are immigration programs organized by Canada’s provinces and territories (states), allowing them to nominate candidates for permanent residence in the province.

The PNPs allow Canadian provinces and territories to nominate individuals who wish to immigrate to Canada and who are interested in settling in a particular province.

The PNP allow Canadian provinces and territories to nominate individuals who wish to immigrate to Canada and who are interested in settling in a particular province.

​You must first be entered into the Express Entry System with their CRS score (calculate your CRS points here). You then have to make a separate application to a PNP program. You will remain in the Express Entry pool for a year, or until you are selected to apply for Permanent Residence. If you are not selected after being in the pool for 12 months you should make a new expression of interest by creating another profile.

​After the province/territory processes your PNP application (typically 3-4 months), you will be granted 600 points to add to your Express Entry score. With these additional 600 points, you will be selected and invited to apply for PR at the very next draw, which occurs every 2 weeks.

​Benefits of applying under PNP program

Best PNPs in Canada – No Applicant Connection to Province

Saskatchewan is one of Canada’s most rapidly growing economies and populations, thanks largely to immigrants from around the world.

SINP’s International Skilled Worker is designed to bring workers with experience in the province’s in-demand occupations. In order to be eligible, a candidate must have at least one year of experience in one of the jobs included on Saskatchewan’s In-Demand Occupations List. As well, candidates must have completed a post-secondary educational credential of at least one year and have some proficiency in either English or French.

Ontario is Canada’s most populous province, with over 40% of Canada’s population. It is also the most popular landing destination for immigrants from around the world.

Many newcomers are drawn to Ontario’s capital city of Toronto due to its growing tech-jobs sector. As such, the province has a large quota for helping newcomers immigrate through PNP streams.

The Ontario Immigrant Nominee Program (OINP) accepts candidates under the following categories:  Business, Employer Job Offer and Human Capital. Each category is comprised of various streams under which applicants may submit an application.

For those living outside of Canada, Ontario’s Human Capital Priorities stream is a great option! This stream prioritizes skilled workers who will be able to fill skilled employment positions in the province.

To qualify under the Masters Graduate or PhD Graduate streams, you must have a graduate degree from an eligible Ontario university and apply within two years of getting your degree:

The Masters and PhD Graduate Streams give international graduates with an Ontario master’s or phd degree the opportunity to apply to permanently live and work in Ontario. Human Capital streams are aligned with the federal Express Entry system. In order to be considered, a candidate must have an active Express Entry profile with a CRS score of 400 points or higher. Ontario scans through all Express Entry profiles and invites certain profiles to apply to the PNP. If you are nominated, your next step is to apply to the federal government through Immigration, Refugees and Citizenship Canada (IRCC). They make the final decision on who becomes a permanent resident.

Ontario also offers a PNP stream for French-Speaking Skilled Workers who have profiles in the federal Express Entry pool. If you have intermediate to advanced proficiency in French, this program may be a great option for you.

The province of Nova Scotia is composed of the Nova Scotia peninsula, Cape Breton Island, and over 3,000 smaller islands.  Through the Nova Scotia Provincial Nominnee Program (NSNP), prospective immigrants who have the skills and experience targeted by Nova Scotia may be nominated to immigrate.

The application process depends on the stream you qualify for.  Review the different NSNP streams to determine if you qualify:

The processing time for eligible applications can be three (3) months or more.

Within six (6) months of receiving your nominee certificate, apply to IRCC for your permanent resident visa. You, your spouse and your dependents must meet all requirements for medical, security and criminal admissibility. In some cases you may be asked to go for an interview. IRCC has the final authority to issue a permanent resident visa.

The ideal program for applicants living outside Canada is the Nova Scotia Demand: Express Entry. The program is aligned with the federal Express Entry system, meaning candidates must have active federal Express Entry profiles to be eligible to apply. There are two categories of this stream. Category A requires applicants to have a job offer from a Nova Scotian employer, making it a challenge for most workers living outside of Canada. However, Category B does not require any connection to the province. Instead, Category B requires candidates to have experience in one of the province’s in-demand occupations.

NOTE: this program operates on a first-come, first-served basis, and due to its popularity it can be challenging to get your application submitted.

Another 3,600 invited for PR in September 4 Express Entry Draw