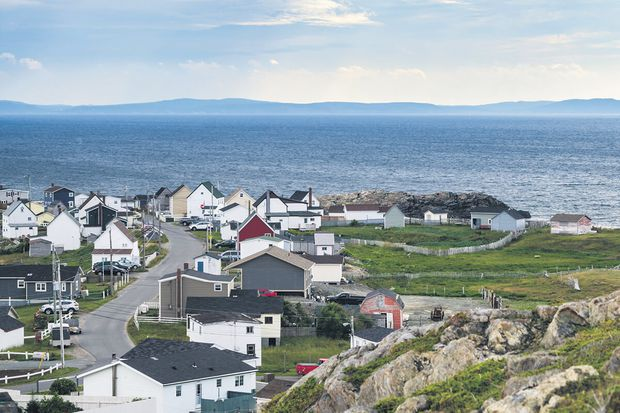 On February 1, 2021, Immigration, Refugees an Citizenship Canada (IRCC) released its first evaluation report (AIP evaluation report) on the Atlantic Immigration Pilot program (AIP), three years after the initial landing of the program’s first cohort. The Atlantic Immigration Pilot program was launched in 2017 by the federal government to address labour shortages in the Atlantic provinces of Nova Scotia, New Brunswick, Prince Edward Island and Newfoundland and Labrador. It was initially billed for three years but recently extended to December 2021 to maintain the program’s momentum.

According to the AIP evaluation report, as of December 2019, 5,590 AIP newcomers arrived to the Atlantic Provinces, with 45% of AIP newcomers destined to New Brunswick, 34% to Nova Scotia, 10% to Prince Edward Island, and 10% to Newfoundland and Labrador. Over the Pilot’s three year period, almost three-quarters (73%) arrived in Canada in 2019. Of the AIP principal applicants that have arrived in Canada, almost half (46%) were employed in the National Occupation Classification (NOC) B, and 36% were NOC C.

The AIP has been praised for its faster processing time and a focus on employers’ needs but was also questioned for being targeted by immigration scams.

IRCC’s first AIP evaluation report seeks to answer many questions, such as whether the program has done what it’s supposed to achieve in terms of retaining international graduates and absorbing talents? How are the successful candidates contributing to the economy?

The evaluation was conducted to assess the early implementation and outcomes of the Pilot, report on the results story to date, as well as provide evidence to support its future directions.

More people are working but with lower pay

The AIP evaluation report shows that newcomers who came to Canada via AIP have a higher percentage of employment, compared to immigrants who came under other provincial immigration programs. Overall, 97 per cent of the surveyed immigrants under the AIP said they are still working. In contrast, only 78 per cent of the newcomers who came under the general provincial programs reported employment.

“It’s not a surprise because this policy, the AIP, is based mostly on employers’ employment, or the job offer,” said Yoko Yoshida, a sociologist and former professor at Dalhousie University who now teaches at Western University.

Contrary to most immigration programs like the federal Express Entry system and the Provincial Nomination Programs that make work experience the key requirement, the AIP simply asks the applicant to provide a valid job offer from a Canadian employer.

However, the AIP evaluation report says that AIP applicants reported lower earnings on average than other program applicants. Immigrants under the AIP program self-reported average earnings of $43,000 whereas newcomers who came to Canada through other immigration programs reported, on average, almost $50,000.

This disparity is attributable to the skill levels attracted by AIP compared to other programs. Truck drivers, cooks, and food service supervisors are the top occupations of landed AIP applicants.

“Somebody might be worried about the lower economic performance in terms of the earnings. But given that the job vacancies were at the lower skill level, I think that was kind of expected. As long as they are keeping high levels of employment, I think we don’t necessarily have to worry about earning too much,” said Yoshida.

The AIP evaluation report rates retention rate within Atlantic Canada as very good, especially for the first year of AIP. AIP applicants showed a stronger affinity to staying in the Atlantic region compared to their counterparts in other economic immigration programs. The majority (90%) of AIP newcomers said they are still living in Atlantic Canada. The retention rate is only 82 per cent among PNP respondents.

However, this number dropped after the second year of living in the region. The Atlantic retention rate among AIP newcomers decreased by 12 per cent, almost the same as the other PNPs.

“This is something that the employers were also expressing in this report. They may not necessarily use AIP moving forward, but rather they’d prefer a PNP because they are kind of concerned that the ones that come under the AIP, get the permanent residency and get the work experience in Canada, they might go somewhere else,” said Yoshida.

The Dedicated Service Channel (DSC) was perceived as a valuable resource for employers who accessed its services, and was identified as a way to make IRCC accessible to employers. However, more than half of surveyed AIP employers were not aware of the DSC and its services.

In light of the transition to a permanent program, the evaluation report identified several areas of opportunity to strengthen the AIP.

While the AIP’s multi-party model created opportunities for robust Pilot performance collection, obtaining key Pilot results information has been challenging. Further, limited data information from key stakeholders has made it difficult to report and assess ongoing performance and outcomes. Clear data collection responsibilities, an achievable data collection strategy, and a common set of key success measures are needed to support effective performance measurement and results reporting for the AIP as it transitions to a permanent program.

Recommendation #1: IRCC should review and reconfirm its performance measurement and data collection strategy for the AIP, including:

While settlement plans were found to be useful for AIP principal applicants and their families, a proportion of surveyed AIP principal applicants were not aware that they could access settlement services. The impact of lack of awareness indicates that some AIP newcomers may not be benefiting from the full suite of supports available to help them integrate successfully in their communities.

Given the overall value of settlement plans—and as a mandatory feature of the AIP—there are opportunities for the Department to ensure a greater awareness among AIP newcomers of the settlement services and supports available to assist with their arrival and integration.

Recommendation #2: IRCC should develop and implement a strategy to increase awareness of settlement services for AIP clients and their spouses and dependants.

While the DSC was identified as a useful support for AIP employers, more than half surveyed AIP employers were unaware of its existence. Acknowledging that the DSC is not only designed to provide assistance to the AIP but to support other employer-driven programs within IRCC, more could be done to leverage support for employers, particularly through the DSC. Moving forward, there is an opportunity to support more employers requiring help to navigate the pathways to immigration. In addition, IRCC should review profile and needs of employers who utilize the DSC, as well as identifying barriers to accessing the service.

Recommendation #3: IRCC should reconfirm its DSC objectives and employer profiles, and implement a strategy to increase DSC awareness among AIP designated employers.

The AIP has experienced some overlap of roles and responsibilities among partners due to a lack of clarity regarding accountabilities. As there are a variety of stakeholders and multiple points of contact, pilot accountability is diffused throughout IRCC and stakeholders, without a clearly identified lead. As such, there is a need for clear, delineated guidance for all stakeholders to ensure that accountabilities for all aspects of the Pilot are communicated, understood and operationalized.

Recommendation #4: IRCC should review accountabilities among AIP stakeholders and clarify and confirm the respective roles and responsibilities.

With a variety of stakeholders, all with differing levels of experience with immigration, there is a need for a clear and timely communication changes to the AIP. Information, including announcements, program changes, integrity concerns, and pilot updates should be adequately communicated and shared with stakeholders and pilot participants – this will be especially important as the Pilot moves towards becoming a permanent program.

Recommendation #5: IRCC should ensure that announcements, program changes and updates are broadly communicated to AIP newcomers, partners and stakeholders (including SPOs and employers) in a timely manner

2020 was record year for immigration to Nova Scotia