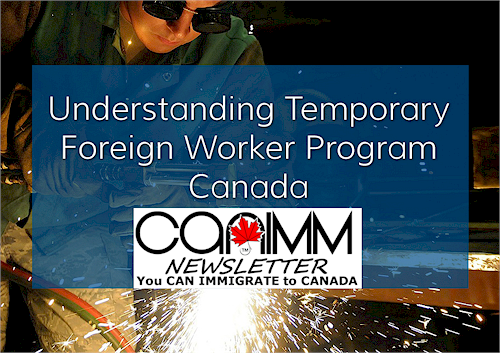 Canada Temporary Foreign Workers Program (Canada TFWP). Alberta is lifting the restrictions on hiring temporary foreign workers in the province. The restrictions were part of the province’s COVID-19 response to prioritize jobs for Albertans.

Alberta created a “refusal to process list” consisting of occupations that the Alberta government concluded had labour surpluses. Alberta’s goal was to encourage employers to hire unemployed Albertans for these occupations instead.

However, Alberta is terminating the list in the face of severe labour shortages. Statistics Canada figures show that Alberta had more than 88,000 job vacancies in February 2022.

The federal government administers the issuing of temporary foreign workers permit under the Temporary Foreign Workers Program (Canada TFWP). However, due to Alberta’s restrictions employers could not submit applications to the Canadian government to hire temporary foreign workers in the province. The federal Immigration, Refugees and Citizenship Canada (IRCC) was unable to process TFWP applications for occupations on Alberta’s “refusal to process” list.

Effective May 1, 2022, no occupations will be on Alberta’s COVID-19 “refusal to process” list. The province says that this is ‘to help employers meet their workforce needs’.

“This supports sectors of Alberta’s economy that are experiencing labour shortages and struggling to fill available positions with Canadian workers,” the province stated.

Both pending and new applications will benefit from the change.

Canada’s Temporary Foreign Worker Program (Canada TFWP) allows foreign workers to come to work in Canada in many areas. These include:

Canada TFWP allows employers to hire foreign workers when they can not find a Canadian citizen or permanent resident to do the job. An employer typically needs to submit a Labour Market Impact Assessment (LMIA) application to the Canadian government.

If you are a foreign worker, the first thing is to check if you need a temporary foreign worker permit to work temporarily in Canada. You usually need a work permit to do any work in Canada. However, in some cases, you can work without a permit.

Immigration, Refugees and Citizenship Canada (IRCC) has a tool you can use to quickly check if you can work in Canada without a permit. Use the tool on IRCC’s webpage at Do you need a work permit to work in Canada?

In April 2022, Canada announced that it is relaxing temporary foreign workers program rules to address labour shortages in the country. Canada is experiencing a low unemployment rate and high job vacancies at the same time.

The following sectors face the highest number of vacancies in Canada:

Did you know that approximately 50,000 to 60,000 foreign agricultural workers come to work in Canada each year? This accounts for more than 60% of all foreign workers under the Canada TFWP.

Canada TFWP continues to support foreign temporary workers once they arrive in the country. In 2021, Canada announced to spend 49.5 million over three years to support community-based organizations that serves migrant workers. Examples are on-arrival orientation services and assistance in emergency and at-risk situations.

Canada recently implemented a series of measures to increase capacity and expedite the processing of LMIA applications. This includes increasing staffing resources in all regions, including Quebec. Employers also now have the tool to submit their application online to reduce processing time.

Canada also continues to put stringent measures in place to protect the health and safety of foreign temporary workers in the country. For example, Canada has a plan that targets higher-risk employers. These include:

And in July 2021, Canada published new proposed regulations to help prevent the mistreatment or abuse of foreign temporary workers during in Canada.

Use only certified Canada immigration lawyer or agent